As I continue to slowly reorganize my freshly painted bedroom, it is amazing the things I find stored under my bed.
Last week I wrote about my long put-off decision to finally paint and reorganize my bedroom following my husband’s death.  Now, as I pick and choose what I am bringing back into that room, I am dealing with some of the things that I pushed aside after his traumatic death and choose not to think about.
In this instance, it is an old Estee Lauder box that once held cosmetics and perfume.  I loved the different colored berries pictured on the outside of the box and so I kept it and filled it with special things that I then knew whould be in one place. 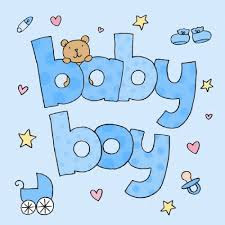 When my son was born, I put all the cards that people mailed to us in that box and then I continued to fill the box with birthday and holiday cards that he received as a child and various art projects that he did when he was in pre-school.
OMG, it is so precious!  When I opened the box, I just sat there and stared at it for a long time.
It’s quite the emotional box; full of hopes, dreams, expectations, love and all the sweetness that I felt with the birth of my son and his early years as a toddler.  I went on a trip when I opened that box, a trip where I met myself and my husband some twenty-odd years ago.  We weren’t young parents but we were a lot younger then and we had a new little baby boy and we were full of love, love, love and oblivious to the idea that it could ever, ever change.
I brought the box to my son, my “baby” who is now in his twenties, and showed him what I had found.  I took the cards out, one by one, opening them up and reading the kind messages and telling him about the friends and family that had sent these amazing cards when he was born and the other cards that came to him on Halloween, Valentine’s Day and other birthdays.  He was fascinated that I had saved all these things and I was too.
In a way, I wished I hadn’t saved all these sentimental momentos.  They were from another time, a time when there was three of us.  It’s only been my son and I after my husband’s death and sometimes it feels as though it’s always been that way.  Or at least my mind tricks me into thinking that sometimes.
But the cards are proof of a different family and different people.
I don’t mean that in a bad way or even a sad way.  It was just different.
Finding the box led me and my son to talking and reminiscing about the people who sent the cherished cards and telling stories about them.  As we laughed and I answered his questions, I remembered things that I hadn’t thought about in years and at the same time I felt the responsibility of being the only parent.  Since his father is no longer alive, I really wanted to remember everything I could to let him know what that time was like when he was an infant and toddler.
There are a lot of times as a single parent that you have to be both mother and father.  Discipline and financial decisions immediately come to mind as examples.  That isn’t always a great role to fill and those are the times when you wish you had someone else to share the responsibility with.But this time I was happy to talk to him for hours about the immense happiness that his birth brought to us, his mother and his father, and continues to bring to me.
Share this post: