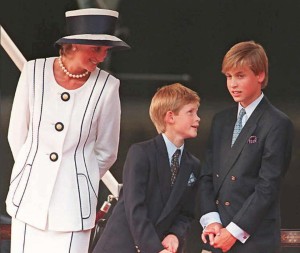 While it has been 20 years since Diana died, I think … Read More

You can file the following under silly, sad, ridiculous or just plain ole unnecessary and inefficient. I came home from work yesterday and, as I usually do, picked up the mail from the door slot and started going through it.  Monday’s mail is usually thin and this time it was no exception.  A few real estate solicitation cards, a catalog and even a letter from a friend. But there was also a curious piece of mail addressed to my husband.  My husband who died nine years ago.  My husband whose name I would think at this point would show up… Read More
I received a couple of texts over the weekend from a friend who lives in another city about how he now lives in a new place. I didn’t know he had moved from his home of almost 20 years so I was surprised by his news but I also knew that there was more to the story than just a regular heave-ho move from one place to another. My friend lost his wife to cancer a number of years ago and she was a wonderful and talented person, but she also was the kind of person who kept everything.  She… Read More