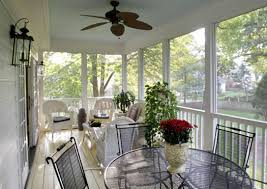 I am painting the screened-in porch on our house and it is taking me a lot longer than I thought it would.  This time around there is more sanding and it just seems as though there is more to paint.  I had forgotten the amount of prep work necessary before you can even put the brush in the paint.  Oh well…I’m making progress as the radio blasts America’s Top 40, even though I’m occasionally pulled back to thoughts about the last time I painted the porch.

Eight years ago, the porch was new and my husband was alive.  He absolutely loved the porch and spent a lot of time there reading and resting, especially towards the end of his life.  Often I would find him sitting in one of the chairs with his eyes closed, feeling the soft breeze on his face.  Or he would just sit out there by himself staring off into the distance.  I often wonder if he knew how sick he was at that point.  I think he felt very tired from the diabetes and his heart condition, but I never really knew what he was thinking about because once he saw me he would act as though everything was fine.  He would smile and then ask me what was going on in the world.  It’s a bittersweet memory. 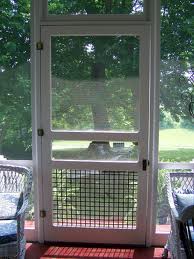 When I was painting the ceiling eight years ago, my husband would sit inside in the family room and read one of the many  newspapers we had delivered to the house.  Sometimes he would read stories out loud to me if he thought he found one that was particularly interesting or weird or involved someone we did or didn’t like very much.  Of course, I didn’t always agree with the selection of stories he decided to read to me.  If he started to read something that I particularly considered a waste of time, I would yell something back like, “Stop reading.  I don’t want to hear anything more about blankety blank.”  Did he stop reading?  Nooooo way.  He would go on reading until he reached the end.  It would drive me crazy but it also made me paint faster.

As a family, we ate lunch and dinner on the porch as much as we could and my son and I still spend hours and hours out there.  Summers in Washington, DC can get really hot and humid and at some point the weather becomes unbearable, usually for my husband, and we would have to retreat inside for a cooler place to eat.  My favorite times on the porch as a family were the late dinners on the weekend.  Just as we finished our meal, the sun would start to set and we would light the candles.  No one was in a hurry to go anywhere and we would lazily talk and catch up with one another.  Of course, we thought that routine would never end; that we would always hang out on the porch and have relaxing dinners.  We had no idea what was in store for us and it was just as well.

It’s still a very special porch for me and my son and lately it has been the site for graduation and birthday celebrations.  I know it will continue to be the site of many more happy family events.  One event, planned for later this summer, is a bridal shower for one of my nieces who is getting married in November 2011.  New memories will be made with this bridal party and I look forward to celebrating my niece, her fiance and their exciting future.

And in the midst of all the bridal excitement and the wedding decorations and gifts, I will sweetly remember the man that I was once married to.