I write a lot about the need to rebuild or recreate our lives after experiencing a loss or traumatic life event because it can be frightening and something people would rather not discuss.  In hopes of helping others, I have written about what worked for me but I also try to pass along helpful anecdotes from people who have worked hard to put themselves on that same healing path.

I know for myself that the secret to finding a new way to live my life after my husband died was in taking each day, and sometimes each hour, as it came to me.  Through painful trial and error, I realized it was overwhelming for me to think about life beyond the particular day I was living.  Instead, I decided to try and handle as best I could what was happening at that moment to me or my young son instead of projecting myself forward to a future time.

I continually draw strength from other people’s grief experiences and am a big believer in the idea that when awful things happen it can be — even though it doesn’t feel like it — an opportunity for personal growth.  Of course I don’t want awful things to happen but I know that in life they are inevitable so I find it’s best to learn how to roll with the unexpected.

The marvelous and multi-talented Mindy Kaling is the perfect example of someone who definitely knows how to handle the unexpected situations in life and much, much more.  Yesterday I came across an article from Entrepreneur.com in which Kaling reveals that her mother’s death inspired her to become the incredible success she is today.  In case you don’t happen to know who Mindy Kaling is, she is the creator, producer, writer, and star of FOX’s hit show, The Mindy Project.  I discovered her after my son kept talking about how funny she is so I checked out her show and found out he is right!! 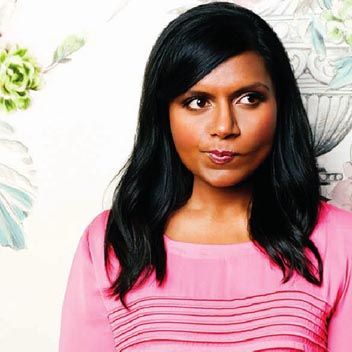 A great sense of humor can get you through some incredibly dark times but let’s put Kaling’s sense of humor aside for a minute and acknowledge her grief journey and her discovery of a unique sense of purpose.

For starters, as a woman of Indian descent, Kaling had knew she was going to have an uphill climb to any kind of recognition in Hollywood.  She became widely known for her work as writer, executive producer and actress on the hit series The Office.  But then, on the very day that The Mindy Project received the green light of approval from FOX, Mindy’s mother died from pancreatic cancer.  Most people would have taken some kind of a time out and retreated from the high pressure entertainment business.  Not Mindy.

She powered up and moved forward.  Instead, the death of her mother made Kaling more determined to put herself out there even more to make a difference.  “My dream is to become so famous that I can actually make a difference in pancreatic cancer research,” Kaling said.  Incredible, right?

Please read more (link is below) of Mindy Kaling’s wisdom and especially pay attention to her five life lessons.  This is one interview that I am have already printed out and taped to my office wall to keep me going:

It’s Not What You Think