We are deep into the season of celebrating the holidays and messages of merriness are everywhere. 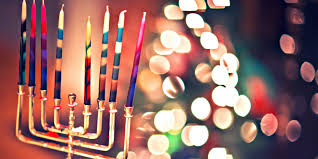 But what happens to teenagers when they are trying to cope with school and social pressures and then the parent of one of their friends dies? Or someone in their family dies?

Adults are busy tending to shopping, decorating, cooking and organizing so it could be fairly easy to miss that the teenagers in your life might be having some difficulties at this time of year.  Are they spending a little bit more time by themselves or are they hanging out all the time with their peers all the while trying to figure out what to do or say about a friend’s or a relative’s trauma?

When you are a teenager, you just want to fit in.

You spend a lot of time developing “a look,” or a way of putting yourself together so that your hair and your clothes are considered on trend or at least that you look pretty much like your friends do. You also try to make sure that the things you do and say are considered cool and interesting by your peers.

But death is not cool.

Neither is trying to understand grief.

I bring up this topic because I was recently talking to a friend who tragically became a widow during the holidays and she has several children, boys and girls, in high school.  She was telling me about how a few of the mothers from her children’s schools had called her to confess that most of the teenagers who were friends with and went to school with her children didn’t know how to act or what to say to her children about their father’s death.

I know it’s hard to imagine in this day and age of pervasive social media that teenagers would not know what to say to other teenagers but grief is a subject that can silence the best of us.

We are uncomfortable with the raw emotions it brings forth and the questions that occur when a loved one dies.

Think of it this way: if lots of adults find it difficult to open themselves up to the confusing emotions that intimately travel with grief and loss, then it is not surprising that teenagers would also ignore the pain of death or how to handle the loss of a loved one or close friend.

The high school mothers were concerned that their teenagers had not said very much about the father’s funeral, had not talked about the sadness they were feeling or even mentioned the father’s name because they really didn’t know what to say and they were afraid they were going to say the wrong things so they choose not to say anything.

Of course the teenagers continued to talk and text about all the other things going on in their lives such as parties, homework, and who is dating who, but nothing was mentioned about the ONE BIG THING on the minds of the children who have recently lost their precious Dad.

My son was thirteen when his Dad died and for some reason, I thought that my son’s friends talked to him about his Dad’s death and what my son might be feeling.  I can’t really tell you why I thought this but I did.

Boy was I wrong.

Not true at all.  I think parents (myself included) mistakenly assume that teenagers will try to find comfort with each other by talking about the death of a parent with their peers.

And it’s not going to happen unless one of the teenagers has already experienced the death of a parent or close relative.  And even then it might not happen because teenagers do not want to be vulnerable.

But as hard as it is to face the person who has lost someone they love, something must be said.

A death cannot be ignored and you can help your teenager find the words they are comfortable with even if it is only something as simple as “I’m sorry” followed with a hug.

It’s even okay to say, “I know you are sad and so am I, but I don’t know what to say and I wish I could help you.”

A loss should be always acknowledged.  Children and teenagers need information they can understand about illness, funeral rituals and yes, even death.  Here are a few tips from Capital Hospice and Hospice of Santa Cruz, CA:

–Reassure the child/teenager that the death of one person does not mean that she/he or other loved ones will die soon.

–Maintain as many routines that are familiar to the child/teenager as is possible.  Stability and security are important during times of transition.

–Do not make up stories that will have to be changed later.  If no one will answer a child or teenager’s questions, then he or she may imagine the loved one’s death to be far more terrifying than it was.

–Avoid self destructive behaviors.  It is tempting to try and dull your pain through alcohol, drugs or other risky behaviors like reckless driving.  It may feel like a “quick fix” for your painful feelings but these actions will not make you feel better and will not take away your feelings of grief.

–Start an art project to help you honor the deceased person.

2 Responses to “Helping Teenagers With Grief”