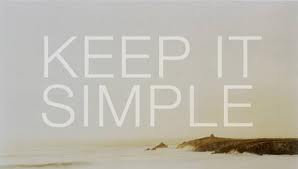 Yesterday was a well needed luxury: a whole day spent at home.
I have not had one of those days for months and I really needed it.  A day to catch my breath and try to put things back in place.  A day with no schedule.  A day of waiting for Hurricane Sandy to slam into the East Coast so I didn’t feel bad about staying inside and tending to my nest.
Recently, there has been so many medical developments going on in my family that my time has been spent on more important things: other people’s health needs.  As a result, the house is definitely what you might politely call disheveled.  I am not complaining; just explaining that I am one of those people who believe that house chores will always be there, but the people that you care about will not.
So while the wind and rain swirled around my neighborhood, I found it was the perfect time to go through the many piles of papers that have been sitting on my chaotic dining room table.

In the middle of one pile of magazines and opened mail I had yet to file, I came across an old Parade magazine I had saved because it had an excerpt from a new book written by Anna Quindlen.  Quindlen is a best selling author and won a Pulitzer Prize in 1992 for her New York Times column, Public and Private.  Quindlen’s new book is titled, Lots of Candles, Plenty of Cake.  I love Anna Quindlen because she is a beautiful and insightful writer and is always able to wisely put her finger on the core meaning of many of life’s common yet bewildering situations.

In this case, Quindlen addresses stuff.  You know, the common stuff that surrounds us; the stuff that keeps piling up.  As in Americans’ need for stuff and how material goods innocently creep into your house and then one day you discover you are buried under an emormous amount of things you really no longer want.
How timely that I should find this story as I am trying to get rid of stuff in my own house!!  There’s a message here for me and as the holidays approach, I know I’ve got to get rid of things that I don’t use.  If you aren’t familiar with Quindlen’s work, please allow me to share some of her sage advice from Lots of Candles, Plenty of Cake:
–“At some point desire and need became untethered in our lives, and shopping became a competitive sport.  It was generally agreed in our family that my grandmother Quindlen was a world-class shopper, but for her, there was always an object to the hunt: a Hitchcock chair, a pair of Naturalizer pumps.  Sometimes I feel as though credit cards have helped us concentrate on quantity, not quality.  Plastic is magical, as though the bill will never come due.”
–Statisticians say our houses are almost twice as large, on average, as they were 40 years ago, but we all understand that that doesn’t mean the people inside are any more content.  Now that I’m nearing 60, I understand the truth about possessions, that they mean or prove or solve nothing. Stuff is not salvation.”

–“There was a period when I believed stuff meant something. I thought that if you had matching side chairs and a sofa that harmonized and some beautiful lamps to light them, you would have a home, that elegance signaled happiness.  I fooled myself into thinking House Beautiful should be subtitled Life Wonderful.

Best Friends To The Rescue