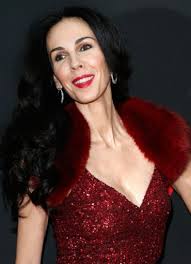 One of my sisters and I were talking on the phone the other day about the tragic news that fashion designer L’Wren Scott had been found dead in her New York City apartment at the age of 49.
We talked about what the news stories were reporting — that she had used a scarf to hang herself, that she designed such beautiful, beautiful clothes, that she was so glamorous herself and that she was the longtime girlfriend of  Mick Jagger of The Rolling Stones.
More importantly, we reiterated to each other that no matter what was happening to us, we … Read More
Seamus Heaney, a celebrated and grand Irish poet who won the Nobel Prize in Literature in 1995, sadly died yesterday in a hospital in Dublin at the age of 74. Irish Poet And Nobel Laureate Seamus Heaney To say that Heaney had a way with words is an understatement.  His powerful verse transported readers around the world to Ireland and sometimes to its rural landscape and the grind of its daily responsibilities.  To me, his phrasing always felt magical and lyrical no matter what subject he addressed. As a tribute to Heaney’s great talents, here is Digging, one of my… Read More
This post is for anyone, and in particular someone who is close to me, who is currently going through an anxious time in their life and is unsure how it will turn out. Anxiety may be dogging you and causing sleepless nights, loss of appetite, an increase in appetite, a need to abuse alcohol or drugs (please don’t!!!!), crankiness or sadness and crying.  As in crying constantly.  Like every day.  At any time. This person close to me was talking recently about how crying really does make her feel better but she’s also aware that it doesn’t make others around… Read More
It’s that time of year. You know.  College admissions and rejections. You are either laughing with joy from the news of your acceptance or crying because you got rejected. If you didn’t get into the college you wanted, it feels as if it’s the end of the world, doesn’t it?  But guess what? It’s not. You don’t know where life is going to take you; who you’re going to meet and where you’re going to go.  Life is full of the unexpected and the unplanned. I am in a place I never thought I would be but it’s still good! … Read More
When I have been in support group sessions and listened as people have talked about losing a spouse, I can almost feel the unspoken emotional support developing within the group; a sense of bonding, a feeling of “having been there” in the expressed feeling or thought.  A supportive dialogue sometimes follows and I’ve heard people say after the sessions that they have felt a sense of personal progress in working through their own emotions because they heard someone else express familiar thoughts and feelings. Being around other widows and widowers can be a blessing after you have lost a spouse. … Read More
Covered Bridge in West Cornwall, CT  By Thomas Schoeller I keep a folder of story ideas and I was search through it yesterday for timely stuff that I thought could help all of us in our different emotional journeys through our blessed lives.  Some of the ideas in my folder are things I have heard in conversations or on the radio or TV and other ideas are pieces of papers I clipped from newspapers and magazines. I came across the following bit of wisdom from The Washington Post’s Marguerite Kelly.  Kelly writes a popular and long-running advice column called… Read More
When we miss someone, we sometimes search for something they gave us, such as a handwritten note, or something that belonged to them, such as a piece of clothing.  Seeing, touching and even smelling something they once used helps us feel closer, as though the person were with us. Whether the person died or moved away, you are feeling sad and you need to find something that will help you work through this lonely moment and perhaps even help you feel stronger for the future.  Handwritten letters or cards are particularly valuable.  I think everyone has a letter tucked away… Read More
I have found that when you are talking to children of any age about almost any subject, you should be prepared to hear things that can be so truthful, so honest that it can take your breath away.  Now, I’m not saying that’s a bad thing.  I think it’s wonderful but you have to prepared yourself for the possibility that the unpolished truth could pop out at any moment. That’s the beauty and wonder of children: there usually is no filter on their wise thoughts. In my many talks with my son about his father’s death, I tried to keep… Read More
Like the weather, feelings are unpredictable.  Sadness and anger come and go.  So do joy and excitement. The most sensible approach to handling such feelings is to accept them…and continue doing what you need to do. ~ David K. Reynolds, A Handbook For Constructive Living… Read More