When I have been in support group sessions and listened as people have talked about losing a spouse, I can almost feel the unspoken emotional support developing within the group; a sense of bonding, a feeling of “having been there” in the expressed feeling or thought.  A supportive dialogue sometimes follows and I’ve heard people say after the sessions that they have felt a sense of personal progress in working through their own emotions because they heard someone else express familiar thoughts and feelings.
Being around other widows and widowers can be a blessing after you have lost a spouse.  I remember thinking, “Finally! Here are people who are dealing with what I am dealing with!”  Because of our shared experiences, we could tell jokes or cry or get angry about the loss of our loved ones.  I think we even reached the point where we began to think that maybe losing a spouse is something most adults eventually have to experience. 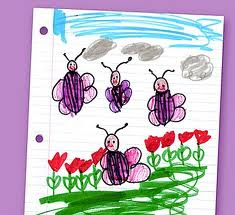 I remember though when a woman whose husband had recently died began talking one day about how she also had lost her child.  I felt a stillness and reverence come over the room.  The death of anyone you love permanently changes your life.  A spouse, a parent, a friend.  There is always a yearning for more time and a need to connect even after they are physically gone.
But the death of a child is in a category all by itself.  Such a profound loss is unbelievably cruel and goes against the natural order of life.
Anyone who can talk, let alone sit down and write a complete and rational thought about their deceased child is a person who is truly resilient.  Jeremy Shatan is one of those people.
Please read about his beloved Jacob in the following New York Times story and some of the jarring events that have marked Jeremy’s journey since Jacob’s death.

New York Times
So where am I now, 13 years after my 2½-year-old son, Jacob, died because of a brain tumor? One thing I can say is that my junk mail has no idea where I am. The other day I threw out yet another letter offering to give us advice on Jacob’s college career, as well as a solicitation to re-subscribe to Highlights magazine. Obviously, Jacob is not going to college. And my surviving children are 11 and 13, a bit out of the Highlights demographic.
One construct I use to help myself understand where I am now is a term my wife and I came up with: High-Functioning Bereaved Parent. As is often remarked, someone who has lost a spouse is handily defined by the word “widow” or “widower.” But there is no shorthand to describe a parent who has lost a child. Language is a reflection of culture. The great majority of people will never experience the loss of a child and would prefer not to think about it all that much. Raising children is fraught enough without having to dwell on their mortality. So for now, H.F.B.P. will have to do. I’ll certainly take it over “every parent’s worst nightmare.”
So how exactly does being a High-Functioning Bereaved Parent manifest itself? I get out of bed, I help raise our kids and run our household, I laugh, tell jokes, watch violent movies, listen to music and go to concerts. So it all looks pretty good from the outside, and it usually feels … not bad, which is how I prefer to answer when someone asks me how I’m doing. I have no doubt that much of this equilibrium comes from the fact that my wife and I have been together through all of this and still find a lot of joy in our marriage and our surviving children. I also have the privilege of being the executive director of Hope & Heroes Children’s Cancer Fund and working every day to improve the lives of children with cancer alongside the staff of the Herbert Irving Child & Adolescent Oncology Center. Among bereaved parents, I consider myself very lucky that I get to work for Jacob every day.
But I knew from the moment Jacob died that we would never get over his loss; we would only learn to live with it. At the risk of torturing grammar, perhaps I should revise that mantra to be “we would only be learning to live with it,” because it’s a process that never stops.One way I know that is from the physically jarring sensation I feel when the huge chasm in my life abuts the solid ground I usually walk on. It could be at a high school information seminar for my daughter, for example. There’s just this moment of wrongness. Somewhere in my soul there’s a trajectory for Jacob’s life that is still going on, a part of me that wonders why we haven’t already hit these milestones with him first. The natural order of things has been disturbed, but that hasn’t entirely stopped me from attempting to hew to that order. Or it could happen with a change in the weather, which can trigger a sense memory sending me back to the time when Jacob was being treated.
That aspect of things is a form of post-traumatic stress disorder, I suppose, which feels like unprocessed experiences that my brain is constantly working on behind the scenes. A hint of fall in the air, and the curtain is momentarily yanked open, exposing the churning attempt at understanding what happened.
For reasons like those, some days are more effort than others. Also, occasionally my status as an H.F.B.P. can lead to a balancing act in relation to my work. Naturally, I can empathize with the parents I meet at the clinic — I have walked in their shoes. But since Jacob did not survive, I don’t want to shake their carefully constructed hope that their child will. One thing I always make sure to convey is that each diagnosis is unique and that treatments have continued to improve. My perspective still allows me to have hope for others, and if things do take a turn for the worse, I can offer the powerful example of my own survival after the loss of my son.
But it hasn’t always been that way. In the emotional chaos shortly after Jacob died, my wife and I took our infant daughter to a retreat for bereaved families provided by Chai Lifeline. We were already wrung out, but this was a new form of wringer: story after story of gut-wrenching, unimaginable loss. My wife got a migraine so intense that the rattle of a newspaper caused her pain; we considered leaving after the first night.
We stuck it out, and through the haze it dawned on us: you can live on after the loss of a child, it’s not impossible. After the retreat, when the sadness would threaten to become overwhelming, I would think of these other bereaved parents and take strength from their behavior. Regular conference calls with a group of dads also helped a great deal.
So my path has not been through completely uncharted territory. I have had mentors to follow, whether or not they would have called themselves High-Functioning Bereaved Parents. In the end, I’m not sure if being an H.F.B.P. is a choice, exactly, but I believe that putting a name to our “condition” has helped us not just survive, but to thrive and engage with life more fully.
Jeremy Shatan lives in Inwood, Manhattan, with his wife and two surviving children, is proud to serve as Executive Director of Hope & Heroes Children’s Cancer Fund, and writes about music at LINK 3 AnEarful and @AnEarful.
Share this post:

3 Responses to “The Loss of A Child”

Tips For The Early Days of Grief