I know a few widowed mothers and have great respect for how they handle the role of single parent.I don’t know any widowed fathers so I have always been curious about how they juggle the demands of raising children and handling their work careers.
I imagine that a family member helps them; maybe a mother, a sister or even a brother.  Or maybe the fathers had already hired someone to help them when their wives sadly became too ill or were weakened by treatments.
But after reading the insightful New York Times story below, I found that widowed fathers and widowed mothers essentially struggle and try to deal with the same issues: school, bed time, personal responsibilities and housekeeping. 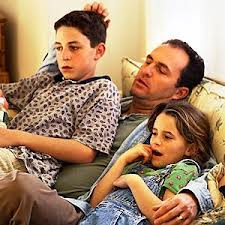 At the end of the day, it is not possible for one person to physically and mentally juggle it all.  It takes a lot of support to parent your children and take care of your broken heart all at the same time.  And it’s okay to admit that.
You are not SuperParent.  You need help.
Asking for help doesn’t mean you are weak.
Asking for help is a sign of good mental health.  It means you recognize that your efforts are not changing your situation the way you thought it would and something different needs to be tried.
Asking for help is a sign of strength.
It doesn’t feel that way when it is happening but it’s true.
I am always in need of help.  Many times I would call my grief counselor and my voice would be shaking and my hands would be shaking and I would try my best to keep it together but it wasn’t happening.  Sometimes I couldn’t even put together a simple declarative sentence.  All my words would come out in a jumble.
It’s hard to put yourself out there when you are most vulnerable and in need of kindness and support.  And as a single parent, you feel you have to be strong for your children and show them the way to go.  I’m always asking other parents what’s going on with their children and then telling them something that is going on with my child to see if a particular thing is common to them.
“Well how did you get them to eat that?”
“What time does your child go to bed?”
“Have they asked about blankety-blank yet?”
Please read this great New York Times story below focusing on widowed fathers and the wonderful way these guys handled their unexpected situations:

A Lifeline for Widowed Fathers