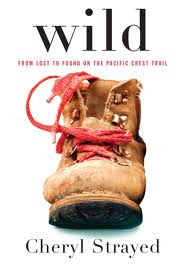 Tell me, what is it you plan to do
With your one wild and precious life?
~ Mary Oliver
“The Summer Day”

From the moment I started reading the first words of the amazing New York Times bestseller, Wild, by Cheryl Strayed, I couldn’t put it down.

It has truly been a long time since I have read a book written in such a direct manner; a book so full of beautiful introspection and honesty and yet at the same time so poignant in its telling of Strayed’s compelling personal experience with grief following the tragic death of her mother and how she discovers a way to heal her broken heart.

In hiking the thousands of miles of the isolated Pacific Crest Trail all by herself from the Mojave Desert in California to the Bridge of the Gods that crosses the Columbia River at the Oregon-Washington border, Cheryl Strayed tests herself physically, mentally and emotionally in ways that most people never do in their whole lives.  And don’t ever want to or plan to.  Ever.

Talk about pain!  You will never think about hiking boots the same way after reading Wild.

Cheryl Strayed is one incredible writer.  When reading Wild, there were times when I had to put the book down to allow myself to let the enormity of what she was living wash over me.  Through her unfiltered telling of what she is feeling and thinking, she grabbed me as a reader and made me feel as though I was right next to her, step by painful step, as she took me along on her powerful journey.

On the Pacific Crest Trail, which passes through the Sierra Nevada and Cascade mountain ranges, Strayed slowly finds her inner resources and becomes physically and emotionally stronger as she sleeps outdoors, purifies her water (I could feel her thirst), dreams about Snapple lemonade, adjusts to carrying a blistering heavy backpack for miles and miles every day through intense heat and then snowfalls, deals with rattlesnakes and black bears and sometimes just being the only girl on the trail.

As she occasionally meets fellow hikers along the way, I was amazed by the immediate bond of trust and support that most of them felt for each other; as if there was an inner radar that told each of them who was friend and who was foe in the great outdoors.

Grief is what puts Strayed on the Pacific Crest Trail and she describes every raw emotion of it: the falling apart, the sadness, the regrets, the anger, the exhaustion, the inability to wrap your brain around reality.

Just to give you a taste of how Strayed beautiful way with words, here is a short except from Wild:

I was entering.  I was leaving.  California streamed behind me like a long silk veil.  I didn’t feel like a big fat idiot anymore.  And I didn’t feel like a hard-ass motherfucking Amazonian queen.  I felt fierce and humble and gathered up inside, like I was safe in this world too.”

I don’t want to give away anything more of what happens to Cheryl Strayed for Wild is a one-of-a-kind story.

But I think it is fair to say that Cheryl Strayed’s Wild is proof that sometimes you don’t realize your own strength until you come face to face with your greatest weakness.