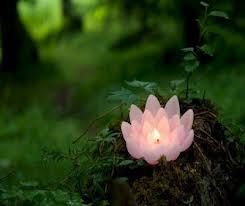 I’m not sure why people compare getting divorced to losing a spouse.

Hmmmmm.  One of these things is really not like the other.

Yes, both situations are the end of something, but one is final and the other is not.

Both situations are traumatic and force you to assess your life and eventually rebuild it in a new way.

But the death of a loved one is final.  You will never see that person again.

With divorce, you might feel like you never want to see that person again but they’re still alive.

Lots of widows and widowers hear this comparison but that doesn’t make it true.

Shortly after my husband’s death, I had a couple of people make the same comparison to me and I thought it was weird but then I heard from others about the same thing.  Recently, I read the following on another woman’s Facebook page.  Having been widowed for six years, this woman thought she had heard it all until another woman said to her, “My husband had to work on Saturday, so I know what it’s like to be you.”  The widow thought to herself: “REALLY?  Did he come home for dinner?  Then, no you don’t.”
If you’re still not sure of the difference between divorce and death, here is a short video made by a young woman named Kim Richardson.  She makes her point quietly and effectively.  The video was tweeted yesterday by a support group in South Carolina called Widows of Opportunity (www.widowsofopportunity.)
Share this post:

The Odometer Rolls to 90