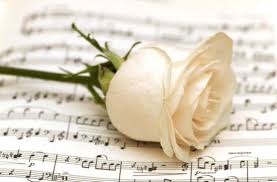 When I was a young child, maybe eight or nine years old, my Mom said something to me about the meaning of paying your last respects to those people whom you care about that has stayed with me my whole life.

She was talking to me about a family funeral that she and my Dad were getting ready to attend.

I remember it as one of those conversations where I followed her from room to room as she talked.  This was not unusual given that she had six children to keep track of so if you wanted to talk to her sometimes you just had to follow her around the house just keep up with her and get the answer to your question.  I really don’t know how she did it when I think back on that time of our lives when all six of us were very young and very challenging.

Anyway, walking with her from her bedroom as she finished dressing, to the bathroom as she finished her make-up and then finally to the kitchen as she straightened things up, I listened as my Mom talked about the deceased family member, who was a kind and elderly aunt that we sometimes saw on holidays, and continued to spill the details of where she and my Dad were going for the wake and what time they would be home.

I think I asked her a question about what happens at a funeral and she didn’t go into much detail but she did look at me and quietly said, “You know funerals are for the living.”

Of course my Mom was trying to pass along something that my young brain could not quite comprehend.  I thankfully didn’t know at that young age the true depth of what death felt like and I certainly didn’t understand the comforting importance of attending a funeral to pay tribute and remember the precious memories of a loved one who had passed away.  My mom was trying to tell me something that would take years and years for me to understand but as I grew older the deeper meaning of what my Mom had said began to come together and I respected the emotion and experience of what she was trying to tell me.

I was reminded recently of my Mom’s special insight while I was reading, “This I Believe,” a collection of essays which features eighty compelling essayists completing the thought that begins the book’s title.  Below is one of the insightful excepts from “This I Believe,” and when you read it for yourself, I think you’ll see why my Mom’s conversation came back to me:

Always Go To The Funeral

I believe in always going to the funeral.  My father taught me that.

The first time he said it directly to me, I was sixteen and trying to get out of going to calling hours for Miss Emerson, my old fifth-grade math teacher.  I did not want to go.  My father was unequivocal.  “Dee,” he said, “You’re going.  Always go to the funeral.  Do it for the family.”

So my dad waited outside while I went in.  It was worse than I thought it would be: I was the only kid there.  When the condolence line deposited me in front of Miss Emerson’s shell-shocked parents, I stammered out, “Sorry about all this,” and I stalked away.  But, for that deeply weird expression of sympathy delivered twenty years ago, Miss Emerson’s mother still remembers my name and always says hello with tearing eyes.

That was the first time I went unchaperoned, but my parents had been taking us kids to funerals and calling hours as a matter of course for years.  By the time I was sixteen, I had been to five or six funerals.  I remember two things from the funeral circuit:  bottomless dishes of free mints, and my father saying on the ride home, “You can’t come in without going out, kids.  Always go to the funeral.”

Sounds simple–when someone dies, get in your car and go to calling hours or the funeral.  That, I can do.  But I think a personal philosophy of going to funerals means more than that.

“Always go to the funeral” means that I have to do the right thing when I really, really don’t feel like it.  I have to remind myself of it when I could make some small gesture, but I don’t really have to and I definitely don’t want to.  I’m talking about those things that represent only inconvenience to me, but the world to the other guy.  You know, the painfully underattended birthday party.  The hospital visit during happy hour.  The shiva call for one of my ex’s uncles.  In my humdrum life, the daily battle hasn’t been good versus evil.  It’s hardly so epic.  Most days, my real battle is doing good versus doing nothing.

In going to funerals, I’ve come to believe that while I wait to make a grand heroic gesture, I should just stick to the small inconveniences that let me share in life’s inevitable , occasional calamity.

On a cold April night three years ago, my father died a quiet death from cancer.  His funeral was on a Wednesday, middle of the workweek.  I had been numb for days when, for some reason, during the funeral, I turned and looked back at the folks in the church.  The memory of it still takes my breath away.  The most human, powerful, and humbling thing I’ve ever seen was a church at 3:00 on a Wednesday full of inconvenienced people who believe in going to the funeral.

Deirdre Sullivan grew up in Syracuse, New York, and traveled the world working odd jobs before attending law school at Northwestern University.  She is now a freelance attorney living in Brooklyn.  Sullivan says her father’s greatest gift to her and her family was how he ushered them through the process of his death.

Tips For The Early Days of Grief