I am writing this post while Sunday’s Super Bowl game is being played in East Rutherford, NJ and the Denver Broncos are losing so badly there is hardly any way they can come back from being down so many points.  And then Denver lost.  Badly.
Yet Peyton Manning is still a winner to me.
This is a guy who gets signed to the Denver Broncos in 2012 after giving his heart and soul to the Indianapolis Colts for years.  The Colts release him because he misses playing during the entire 2011  season because of a neck injury and then undergoes surgery to try and fix it.  Later, after being released from the Colts, Manning picks the Denver Broncos to play with, signing a five year contract.  Manning then has additional surgeries on his neck and a helluv of a lot more rehabilitation work in front of him to gain strength in his neck and passing arm in order for him get back in top playing shape for the Broncos.
No doctors gave Manning any guarantees that the four neck surgeries he had would make him 100 percent right and that he would play football at the level he previously had.  But Manning kept on doing the painful physical work, daily gaining small increments of improvement in his exercises and workouts and eventually feeling ready enough to hit the field again as quarterback and play professional football.
While it’s easy in life, and in particular football, to discover meaning in the positive aspects of your accomplishments, it is difficult to find meaning and purpose in life when sad and frustrating moments hit you.  Those difficult moments could cover a wide range of losses from the death of a loved one to being injured in a football game.  I am definitely not equating the loss of a loved one with being injured in professional sports but I am saying there are all kinds of resilience that we can develop within ourselves throughout our lives. 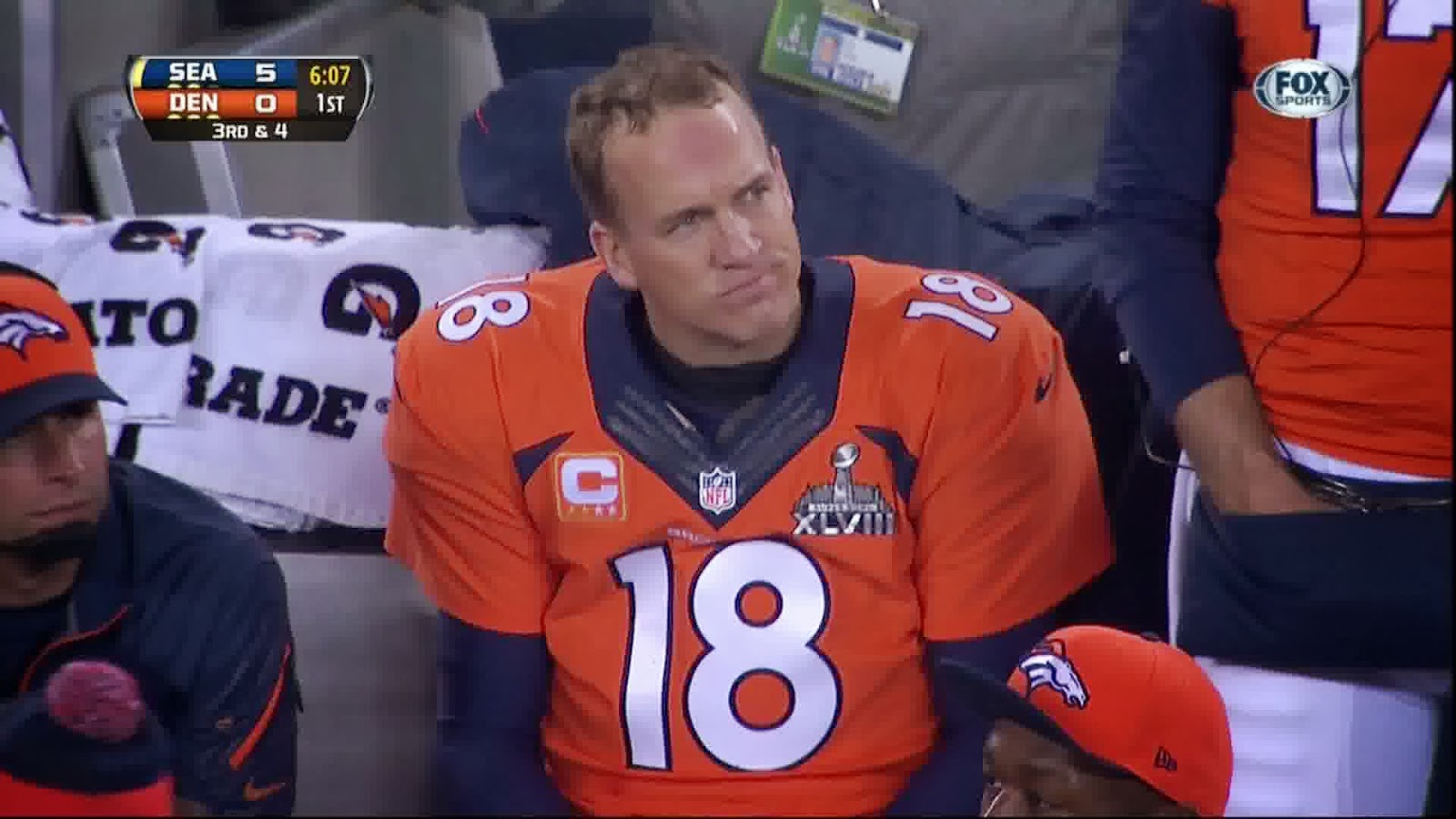 When hit with crushing or frustrating moments, we feel powerless as we enter new territory.
We have no idea what direction our lives are headed and as we try to figure out what is going on we sometimes flounder and then take small steps and try to keep going forward.  Sometimes we make ourselves push forward and go on even though it’s unknown and uncomfortable.
During these trying times, life in general isn’t going the way you thought it would and it’s terribly crushing.  You almost feel as though your heart is breaking.  But that doesn’t mean you stop.  It doesn’t mean you quit trying to meet your goals or give up focusing on trying to make things better even though it is very tempting to stop and hide and throw in the towel.Which is why people like Peyton Manning can teach us something valuable: keep trying, keep working, keep working your plan, exercise all your options and never give up on your dream no matter who tells you it won’t come true.

Peyton Manning and the Denver Broncos didn’t win the Super Bowl.  His team lost and it hurt.  But you still have to try no matter what the circumstances.

He gave it his best shot and that’s all anyone can ask of themselves.

A Whale of A Baby