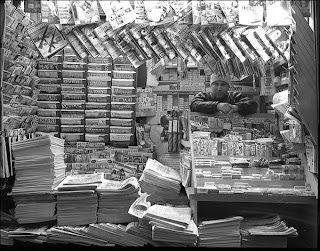 A friend called me the other evening to talk about the obituary of a mutual friend recently published in a national newspaper.  He said he and others were beside themselves because the obituary didn’t do a very good job of capturing what the guy was really about.  To him, it seemed rather flat and cold and the very thought of it made him do a slow burn.

I knew exactly how he felt because I have been there.  I had my own issues with my husband’s obituary.  Maybe this annoyance with the lack of important details in obituaries is an example of the internet’s effect on newspapers or maybe it’s a generational difference.  I’m not sure; maybe it’s a little of both.

Or maybe it’s just a matter of expecting too much.  It reminded me of what Irish author Brendan Behan once said: there is no such thing as bad publicity except for your own obituary.

A good obituary is similar to a good speech:  it’s not too long, it informs, it explains and sometimes it makes you smile.  It tells you how old this person was when they died, the causes of their death and how their life influenced their community or the world at large.  It more than a resume; it’s supposed to tell you what this person did with their life, good or bad.  I don’t read the obituaries every day although I know lots of people who do.

There have been times when I have read the obituary of someone I don’t know at all because the headline drew my interest.  When that happens, I always come away with a feeling of  “Wow! What an interesting person and look at the twists and turns of their life.”

There was a time when newspapers took a lot of pride in the way their obituaries were written and presented and lots of newspapers recognized that circulation could be affected by how the obituary section of the paper was handled.  But newspapers are now struggling to survive and even the word circulation seems old-fashioned.  I know it’s called progress to go online for your news but I still like to have a newspaper delivered to my house and even though I watch the morning and nightly news on television, I always read at least one newspaper every day.

Today it’s all about how many hits you get, or how many impressions or eyeballs you get or how many followers you have on Twitter or Facebook.  The obituaries, or the Irish sports page as some joke, were once considered the meat and potatoes of newspaper coverage.  It was a paper’s unspoken connection to the community it covered.

My friend and I discussed how decades ago, The Boston Globe used to actually print obituaries on the front page of the newspaper.  That’s what helped The Globe gain readers and become popular.  But that was then.  I know it’s hard to imagine that happening today because only celebrities, Presidents, world leaders or someone despised by the masses would rate an obituary on the front page of any newspaper.

I told my friend that since he and others are dissatisfied about the state of this person’s official obituary then they should write their own obituary, and with the family’s permission, pass it out at the memorial service that his wife is going to have a few months from now.  This is their opportunity to really go on and on about the guy and let people know what the newspaper didn’t include.

After all, that’s what friends are for…right?