Grief is the normal, natural response to the death of someone you care about.
Grief happens because you connect with another human being through love.
But if it’s up to the American Psychiatric Association (APA), people who experience the fundemental yet normal process of grief could be routinely diagnosed right away as in a major depression and then prescribed anti-depressants before they have even had a chance to try and work through their feelings of loss on their own. 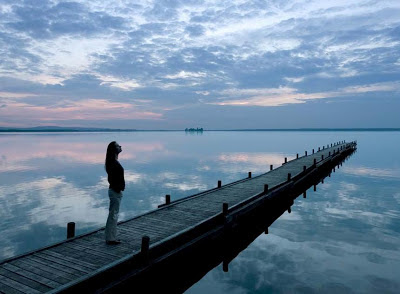 That’s because the APA is changing the definition of certain behaviors such as grief, hoarding and binge eating, among others, in the handbook that contains the guidelines psychiatrists use for diagnosing people.
When I was in the throes of new grief, I may have made people feel uncomfortable in my reactions to daily life and I know I felt lost, but I also know my reactions were normal.  Yes, I cried and I felt pain and sadness but anyone would have felt the same way in the same situation.  I was trying to deal with the sudden death of my husband, becoming a single parent and all the emotional baggage that comes with that kind of a traumatic event.
It takes time to deal with pain.  No one wants to feel pain it but it is your body’s way of telling you that you have been hurt.

Normal grieving is not a mental disorder.

According to Wikipedia, a psychiatrist specializes in the diagnosis and treatment of mental disorders.  I did feel at times as though I was “losing it” while I was grieving but I also sensed that it was a feeling that would feel less raw as time went on.  Grieving that continues for years and progressively gets worse to the point that the person is immobilized and stuck and unable to move forward with their life is called complicated grief and it can require psychiatric help but not all the time.
Psychiatrists are trained to try help us and improve our mental wellness, not take the easy way out and automatically write a prescription.  Medication prescribed to me in the beginning of my grief process might have made me feel better, but I don’t it would have been helpful.  I think it would have been an artificial way of feeling better and that feeling eventually would have disappeared as soon as I stopped taking the medication.  Sooner or later, I would have had to work my way through the pain of grieving.
But maybe that’s the APA’s point: people sometimes don’t want to do the hard or painful work and when that happens the APA is sending the message that it is ready with its prescription pad.

Please read the Associated Press story below and see what you think.

by The Associated Press
May 15, 2013 2:37 PM
CHICAGO (AP) — In the new psychiatric manual of mental disorders, grief soon after a loved one’s death can be considered major depression. Extreme childhood temper tantrums get a fancy name. And certain “senior moments” are called “mild neurocognitive disorder.”
Those changes are just some of the reasons prominent critics say the American Psychiatric Association is out of control, turning common human problems into mental illnesses in a trend they say will just make the “pop-a-pill” culture worse.
Says a former leader of the group: “Normal needs to be saved from powerful forces trying to convince us that we are all sick.”
At issue is the fifth edition of the Diagnostic and Statistical Manual of Mental Disorders, widely known as the DSM-5. The DSM has long been considered the authoritative source for diagnosing mental problems. 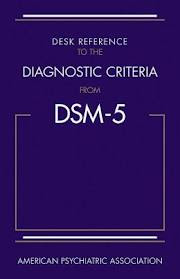 The psychiatric association formally introduces the nearly 1,000-page revised version this weekend in San Francisco. It’s the manual’s first major update in nearly 20 years, and a backlash has taken shape in recent weeks:
— Two new books by mental health experts, “Saving Normal” and “The Book of Woe,” say the world’s most widely used psychiatric guide has lost credibility.
— A British psychologists’ group is criticizing the DSM-5, calling for a “paradigm shift” away from viewing mental problems as a disease. An organization of German therapists also attacked the new guide.
— Even the head of the U.S. National Institute of Mental Health complained that the book lacks scientific validity.
This week, the NIMH director, Dr. Thomas Insel, tried to patch things up as he and the psychiatrists group issued a joint statement saying they have similar goals for improving the diagnosis and treatment of mental illness.
The manual’s release comes at a time of increased scrutiny of health care costs and concern about drug company influence over doctors. Critics point to a landscape in which TV ads describe symptoms for mental disorders and promote certain drugs to treat them.
“Way too much treatment is given to the normal ‘worried well’ who are harmed by it; far too little help is available for those who are really ill and desperately need it,” Dr. Allen Frances writes in “Saving Normal.” He is a retired Duke University professor who headed the psychiatry group’s task force that worked on the previous handbook.
He says the new version adds new diagnoses “that would turn everyday anxiety, eccentricity, forgetting and bad eating habits into mental disorders.”
Previous revisions were also loudly criticized, but the latest one comes at a time of soaring diagnoses of illnesses listed in the manual — including autism, attention deficit disorder and bipolar disorder — and billions of dollars spent each year on psychiatric drugs.
The group’s 34,000 members are psychiatrists — medical doctors who specialize in treating mental illness. Unlike psychologists and other therapists without medical degrees, they can prescribe medication. While there has long been rivalry between the two groups, the DSM-5 revisions have stoked the tensions.
The most contentious changes include:
— Diagnosing as major depression the extreme sadness, weight loss, fatigue and trouble sleeping some people experience after a loved one’s death. Major depression is typically treated with antidepressants.
— Calling frequent, extreme temper tantrums “disruptive mood dysregulation disorder,” a new diagnosis. The psychiatric association says the label is meant to apply to youngsters who in the past might have been misdiagnosed as having bipolar disorder. Critics say it turns normal tantrums into mental illness.
— Diagnosing mental decline that goes a bit beyond normal aging as “mild neurocognitive disorder.” Affected people may find it takes more effort to pay bills or manage their medications. Critics of the term say it will stigmatize “senior moments.”
— Calling excessive thoughts or feelings about pain or other discomfort “somatic symptom disorder,” something that could affect the healthy as well as cancer patients. Critics say the term turns normal reactions to a disease into mental illness.
— Adding binge eating as a new category for overeating that occurs at least once a week for at least three months. It could apply to people who sometimes gulp down a pint of ice cream when they’re alone and then feel guilty about it.
— Removing Asperger’s syndrome as a separate diagnosis and putting it under the umbrella term “autism spectrum disorder.”
Dr. David Kupfer, chairman of the task force that oversaw the DSM-5, said the changes are based on solid research and will help make sure people get accurate diagnoses and treatment.
Dr. Jeffrey Lieberman, the psychiatry association’s incoming president, said challenging the handbook’s credibility “is completely unwarranted.” The book establishes diagnoses “so patients can receive the best care,” he said, adding that it takes into account the most up-to-date scientific knowledge.
But Insel, the government mental health agency chief, wrote in a recent blog posting that the guidebook is no better than a dictionary-like list of labels and definitions.
He told The Associated Press he favors a very different approach to diagnosis that is based more on biological information, similar to how doctors diagnose heart disease or problems with other organs.
Yet there’s scant hard evidence pinpointing what goes wrong in the brain when someone develops mental illness. Insel’s agency two years ago began a research project to create a new way to diagnose mental illness, using brain imaging, genetics and other evolving scientific evidence. That project will take years.
The revisions in the new guide were suggested by work groups the psychiatric association assigned to evaluate different mental illnesses and recent research advances. The association’s board of trustees decided in December which recommendations to include.
Advocacy groups have threatened Occupy-style protests and boycotts at this week’s meeting.
“The psychiatric industry, allied with Big Pharma, have massively misled the public,” the Occupy Psychiatry group contends. Organizers include Alaska lawyer Jim Gottstein, who has long fought against overuse of psychiatric drugs.
The new manual “will drastically expand psychiatric diagnosis, mislabel millions of people as mentally ill, and cause unnecessary treatment with medication,” says the website for the Committee to Boycott the DSM-5, organized by New York social worker Jack Carney.
Committee member Courtney Fitzpatrick, whose 9-year-old son died seven years ago while hospitalized for a blood vessel disease, said she has joined support groups for grieving parents “and by no means are we mentally ill because we are sad about our kids that have died.”
Gary Greenberg, a Connecticut psychotherapist and author of “The Book of Woe,” says pharmaceutical industry influence in psychiatry has contributed to turning normal conditions into diseases so that drugs can be prescribed to treat them.
Many of the 31 task force members involved in developing the revised guidebook have had financial ties to makers of psychiatric drugs, including consulting fees, research grants or stock.
Group leaders dismiss that criticism and emphasize they agreed not to collect more than $10,000 in industry money in the calendar year preceding publication of the manual.
___

___
AP Medical Writer Lindsey Tanner can be reached at http://www.twitter.com/LindseyTanner

Within The Morning Light

The Twin Towers, the Pentagon & Flight 93