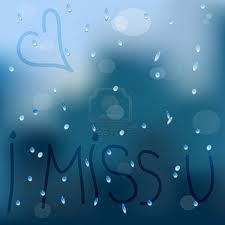 Earlier this week, my son and I were reminiscing about our journey through the college and high school years that occurred immediately after his father’s/my husband’s death and in the midst of talking we started laughing about a period of time that was quite painful and confusing for us.

What’s up with that?

It surprised us that this happened and I thought I would share this experience with my wonderful readers because it might help someone to know that there is always hope and that things can turn themselves around when you least expect it.  If our conversation helps someone else who has lost a parent or a husband, then that would be great!  After all, we’re in this together and if we can extend a helping hand to others, then we can gain strength through sharing and feel less alone.

My son and I could have taken different paths after our loss, paths that would have been more self-destructive than the ones we are currently on.  I could have lost myself in my work and socialized to the point where my son and I spent little time together.  But I saw that we both were so vulnerable and needed stability.  My son was talking about how angry he was after his dad died.  I said I knew he was angry and that is why I tried to get him to talk about how he felt even if it didn’t make any sense.  I just wanted him to talk and vent and to get the anger out of his system so he could move on.  But looking back, I think that’s a tall order for a thirteen-year-old boy.

My son said he didn’t want to tell me how angry he was because then he would have to explain why he was angry and at the time none of it made sense.  He didn’t know why he was angry, he just knew that he was.  He said he wanted to say a lot of negative and mean things all the time about his dad but he didn’t want to say them to me because he thought he would hurt my feelings.

Crying was my way of grieving and it was helping me.  I couldn’t stop the crying.  I had no control over it.  But he couldn’t stand it.  Really.  He just hated it.  He had a  sixth sense for when I was going to start and he would just walk away from me or he would say in a very exasperated tone, “Stop crying” or “Oh God, you’re going to cry again.”  Many times he would turn around from me and say, “Just tell me when you’re finished.”  It sounds so cold but it wasn’t.  We were both trying to find our way out of it and our ways were not compatible.

Now, eight years later, as we talked about this awful time, I started laughing and said to him, “How could you have been so worried about hurting my feelings by telling me mean things about Daddy yet you would abruptly tell me to stop crying?”

He started laughing too and said, “I don’t know.  That’s how I felt.”  We just kept laughing as we talked.  It sounds silly but it felt so good.

There is something about the passage of time coupled with the repetition of working through your loss and pain that eventually puts you in a different place.  The healing definitely does not happen overnight.

But you have to give yourself permission to grieve and to let it wash over you.  Expressing your pain and grief is a necessary and healthy part of being a human being.  I think the pushing through the pain helps to temper the raw emotions involved with a loss and and brings about unexpected healing.

As an old commercial used to say, “We’ve come a long way, Baby!”

Our Souls At Night — Fantastic Fiction