Everybody needs a good laugh and I know I could always get one every Saturday morning when I turned my radio on to NPR’s award-winning program, “Car Talk.”

You might think it’s unusual for a woman to be listening to a program where two guys talk for about an hour about cars and their problems.  But for me, “Car Talk” was pure entertainment.  Oh my goodness, did they know how to have a good time!

Tom and Ray understood the power of humor, that the ability to laugh at life and yourself is a tremendous resource for binding people together and creating happiness and emotional health! 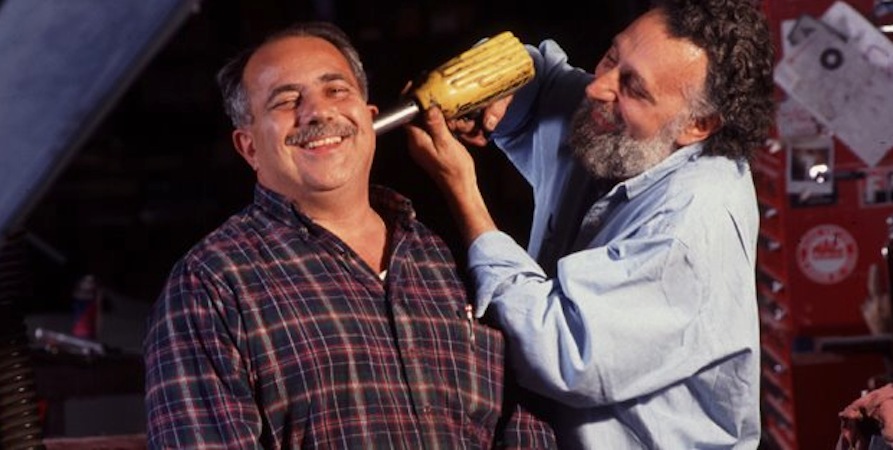 Silly is not the word for the spontaneous dialogue and laughter that happened easily between the two magnetic co-hosts, brothers Tom and Ray Magliozzi.  Native guys from Massachusetts, their accents were true to their roots and Tom’s laugh in particular made it easy for listeners to join in and feel as though they were part of the unique show that aired for 37 years. Sadly, the team of the Magliozzi brothers will no longer carry on as Click and Clack, the Tappet Brothers (their radio moniker) with the unexpected news that Tom, 77, died Monday morning from complications of Alzheimer’s disease.

The format of their show essentially involved people writing and calling in about some particular problem they were having with their car.  It always struck me as funny that people were so specific about their car’s information.  It was never just a Honda Civic or a Ford Crown Victoria.  It was the car, the make, the year, the mileage and then the specific car problem.  Tom and Ray really and truly knew their car stuff and could solve the annoying problems that were happening to their loyal listeners (they both went to MIT) but the real part of the show wasn’t about transmissions, valves or gears.

It was Tom and Ray imitating the sounds that the cars made when it was experiencing the described problems, it was the conversation and the jokes that developed about what the car meant to the person, how the car lead to them meeting their wife or girlfriend or boyfriend or who had given them the car or stories just about life in general.  Both Magliozzi brothers were not afraid to show their tender sides even though the silly and ridiculous side usually won out.

For me, I never grew tired of the way they ended “Car Talk”: by reading the silliest credits you can imagine.   Credits such as Caffeine Addiction Counselor Bruno Moore, Accounts Payable Administrator Imelda Czechs and Chief Legal Counsel of Hugh Louis Dewey of Dewey Cheetham and Howe.

Tom and Ray you made a lot of people laugh and that’s quite a gift!!