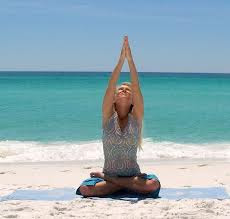 I am happy for the arrival of today, for yesterday was a day when I was trying to follow my own advice about staying positive, breaking down a problem and letting it go when you can’t do anything more.
For me, I get stressed when I am thrown into a situation at work and expected to solve it quickly.  I can work under pressure but I don’t really like it.  I prefer to see the problem ahead of time and work on it in increments.
But that isn’t what life is always about.  Untangling the problem takes time and sometimes I just don’t have the luxury of time to figure something out.
It’s BOOM and then I’m on deadline and that’s it.
I did what I could to fix the problem and then because it was Friday afternoon and since others who could helped me had already left for the weekend, I had to leave the problem where it was.  Getting on the elevator to leave work and even while I was driving home, I really made a concerted effort not to bring the stress home with me.
I took deep breaths, I went down a mental check list of what else I could have done to solve the problem before I left work and there wasn’t anything more.  I didn’t play music on the car radio because I really wanted to calm myself.
I wanted to stop at the grocery store and buy myself a huge container of Ben & Jerry’s Chocoloate Chip Cookie Dough ice cream but I didn’t.  Instead, I tried to remain zen about my stress and and not let it the better of me.  I really wanted to have a really ugly cry and I was ready to let myself do it when I realized I left my cell phone out in the car.
I went out to get it and when I came back into the house I realized I had accidentally let a cicada fly in.  OMG, OMG.  If you have never seen or heard a cicada then please take my word for it that they make a really weird awful buzzing sound when they are flying.  They are rather large, similiar to locusts, and they are just tooooo gross.
Now the thing is in my dining room, crazy flying around inside the light fixture and trying to find a way out.  All I could do is stand there and watch the cicada flying around in a panic.  I  couldn’t touch it and if it flew out of the fixture I was going to open the front door and try to get back outside but that never happened.  It just flew around in circles until it tired itself out and through the glass of the light fixture I could see that it was laying on its back.
OMG what is a girl to do?  At least my work stress was gone but I couldn’t take the cicada anymore.
After it stopped moving for about 20 minutes, I called it a night and so did the cicada!
Share this post: