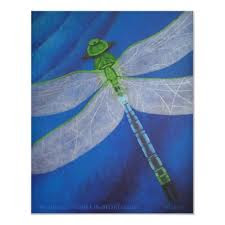 In our post 9/11 world, I think a lot of us operate as though the other shoe is going to drop on top of us anytime.
It’s not healthy for my body or my mind and when I find myself in that anxious mode, I try to put the brakes on the fear, the anxiety or whatever you want to call it, because walking around in a constant state of worry doesn’t accomplish anything.

You can’t worry about a situation because you can’t control it.  But you do have power over yourself to thin positively and you can try to control your responses to life’s more stressful events.  You are re-teaching yourself how to respond to various people in your daily life and it takes some practice.  The first time I tried reacting differently to a situation I considered dysfunctional, I was truly surprised.  I did feel calmer because I wasn’t investing negative energy into it.

With that in mind, I saw this story in yesterday’s Huffington Post and thought it was timely advice worth sharing:

Worrying vs Caring: Do You Know The Difference?
By Donna Labermeier

Most people would say that worrying is pointless and a waste of time and energy. I submit to you that it is actually harmful. Here’s why: Worry is fear-based. It is a projection of negative energy. Caring, on the other hand, is a projection of positive energy. When you care about situations or people, you’re hopeful that things will get better. When you worry about them, you’re afraid they won’t.

1. Adding Fuel to the Fire:
When we worry about someone or something, we direct our energy toward the situation. We are, in fact, putting fear and doubt into an already shaky state of affairs. For instance, maybe you recently found out that a close friend hasn’t been feeling well… something about a pain in her stomach. So what’s the first thing you do? Probably start contemplating the myriad of medical conditions she could have (not that you’re a doctor). Then, you call a mutual friend and discuss the issue with her — “Cancer? Appendix? Kidneys?” (Not that she’s a doctor, either.) So then that person goes to the beauty salon and discusses it some more, and those individuals commiserate and worry along with her. How many people is that now adding their energies into the mix? It’s okay to talk about what’s going on around you, but try to at least put a positive spin on it, like, “Carol told me she’s been having some pain, but I’m sure she’ll go see her doctor, and it’ll all work out just fine. I hope she feels better.”
Hear the difference? One approach is called spreading gossip, which is harmful, and the other shows she genuinely cares about another person’s well-being.
Let’s look at the news for a moment. Nowadays, we have 24-hour access to everything that’s happening in the world. Most of which we can’t do anything about. Now, I agree that it’s important to be on top of issues in the news, especially when it pertains directly to our own lives, but you have to be able to cope with the barrage of information that you’re inviting into your home. I’m sure there are a number of people out there who have become depressed, fearful and angry from getting an overdose of watching the news day in and day out.
Sometimes we can focus too much on the “doom and gloom.” There are positive, uplifting news stories, also, and we need to start giving more of our attention to those. When our emotions collectively tilt to the negative, as worry, doubt, and fear set in, at what point are we possibly pulling more of the same challenges in for ourselves? When more and more people come into agreement about a particular idea, that collective consciousness can become so strong that it creates a self-fulfilling prophecy. If what we focus our energy on expands and continues to get stronger, then let’s try focusing on something good.
2. Hanging on Like a Dog With a Bone:
Sometimes when we’re really worried, we hold on to a problem so tightly that we block any kind of resolution from coming in. We end up throwing so much nervous anxiety at an issue that it winds up taking forever to get fixed. I’m not saying we should all sit around and do nothing when a challenge arises, but I am suggesting that once you take action to get it fixed, don’t keep checking on it and asking, “Is it fixed yet? Is it fixed yet? Is it fixed yet?” You have to let go and release it once you set the solution in motion.
If you don’t want something to perpetuate and persist, don’t give it any energy! If you do, then by all means, keep checking. Otherwise, get out of your own way. Go work on something else for a while, and stop thinking about it. Because as soon as you do, the answer to your dilemma will show up, your problem will suddenly be fixed, or “that person” will finally call you back.
3. Internalizing Negative Energy:
Did you know that worriers can internalize so many harmful thoughts and feelings that they, in turn, can make themselves ill? When you keep pushing negative energy down into your physical body, that energy can manifest itself and materialize as dis-ease. Worry, fear, anxiety, anger, resentment, stress are all toxic to the human body. These emotions will damage your cells. They will literally eat away at you if you let them. Being a worrier is a very unhealthy position to put yourself in.
So, do yourself and others a huge favor and quit worrying! Instead, just care. Care about a situation being resolved, care about another person’s well-being, and care about yourself. You’ll feel so much better, and you’ll make others feel a lot better, too. Start today by shutting the door on the things you’re afraid of and opening a new door in anticipation of better things to come.
Share this post: