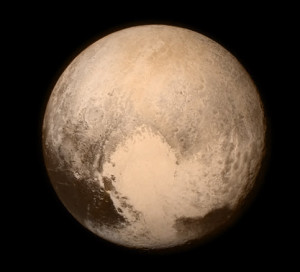 The darkness of night time has a way of intensifying the emotions of life. I think that is why when we are having a bad time of it during the night and cannot find our way to a good night’s sleep that we are consoled by the light of a new day. I know that if I happen to wake up in the middle of the night and find myself staring at the ceiling that my most urgent worries immediately travel to the front of my brain.  How am I going to pay that bill?  Why did I say that… Read More 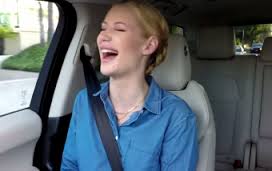 When I feel my internal stress-o-meter starting to rise, then I know it’s time to find something that will make me laugh. Big time. Something that will make me forget that life can sometimes feel like a pressure cooker. Laughing immediately releases tension for me and it also allows me to put what is causing my stress into perspective.  Which means that I am trying to let myself know that the stress causer is not important and shouldn’t be using my valuable energy. Translation: it’s no big whoop so I need to move on and find something funny that will… Read More
Every day, in small ways, I now try to disconnect myself from electronic devices for short periods of time. That may sound ironic since I am writing this post on a computer and will later talk about it on social media but as much as I enjoy using a computer or an iPhone, I also see that they distract me from participating in the quieter moments of life. This light bulb moment came to me recently this summer during a couple of visits to our family farm in southern Maryland.  When I was a young child, it was more of… Read More
Hi Resilient Readers! I truly believe that every day is a gift from God and that in each day there is some good, some ray of sunshine that we can cherish for its ability to warm us and reveal surprising acts of kindness, compassion and love.     For me, the goodness of today is that 25 years ago I became a Mom. God gave me and my husband the incredible gift of a wondrous baby boy and ever since his birth I have been on the adventure of a lifetime.  From the moment you were handed to me, I… Read More
Summer is my very favorite time of year. I love the food.  I love the clothes.  I love the attitude of summer. And believe me when I tell you that I even love the hot temperatures of summer. I feel more alive in the summer and love the healing spirit of being outdoors on the longer days.   Summer’s amazing long days were brought to my mind yesterday morning as I listened to NPR. Garrison Keillor’s The Writer’s Almanac came on and that made me feel better right away.  He is the American author, storyteller and creator/host of the hugely… Read More
Beau Biden and his family:                                                 Wife Hallie Biden (Left) Daughter Natalie (Middle) and Son Hunter (Right).                                                 Special to The News Journal/SAQUAN STIMPSON Dearest Hallie: We have never met but my thoughts are with you this morning. Please accept my sincerest condolences upon the death of your beloved husband, Beau Biden.  His funeral this past Saturday was touching and heartbreaking and by allowing his Mass to be aired on television, you gave others the opportunity to grieve with you and also to draw strength from the open and emotional manner in which the Biden family gracefully handled the heartbreak of Beau’s… Read More
It’s Friday.  Fabulous, fantastic Friday. Yea!!!! I don’t know about you but by the end of the week I think we all deserve to find something that can make us laugh.  We were made to laugh.  It’s part of the human DNA.  Laughing is an immediate mood buster that instantly makes me feel whole lot better about what is going on in my neck of the woods. Did you know that laughter releases the endorphins in your body?  Endorphins (this word always makes me think of dolphins jumping out of the water) are the body’s natural feel-good chemicals and when … Read More
Hello! I am beyond excited for you to finally see the makeover of Cry Laugh Heal. It has been in the works for months and after a lot of hard work it feels wonderful to finally reveal it live and in living color. This remake comes about because I wanted a fresher, more polished look for Cry Laugh Heal.  One that would continue to contain personal thoughts about the explosive changes and quiet moments of desperation that can happen when a loved dies but also to give others who are grieving and trying to figure out how to get… Read More