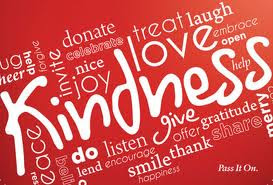 Visiting people who are sick is one of the kindest acts we can ever practice.  Sitting and talking, holding their hand and listening seem so simple to the healthy but those things are so essential in helping the ill know that they matter, that they are not forgotten even though they are no longer able to independently move around.
Bringing about a smile or laughter through a funny story is just as important as any medicine prescribed by a doctor.  Laughter, in particular, is a powerful distraction from pain and illness.
One of my sisters and her husband are compassionately taking care of his elderly parents.  Both parents have been diagnosed with advanced stages of cancer and my sister and her husband are trying to make this time with them as comfortable as possible.
My sister’s in-laws live in the same retirement community as our parents and while visiting with our parents this past weekend, my sister said it would be great if I could also stop by and also see her in-laws.  I did pop by for a visit with only her mother-in-law because her father-in-law was resting.  But the time spent catching up with her mother-in-law was unexpectedly funny.
I must admit I was a little anxious about visiting her mother-in-law because I didn’t know if she was in a lot of pain or if she was even aware of her surroundings but she surprised me.
But during my visit I found a talented woman who had raised three children and was diagnosed with advanced cancer less than a year ago sitting in her family room making jokes about herself and her children, talking in an accent to make some of her stories more amusing and thoroughly enjoying herself.  It was wonderful to see that she still wanted to know what was going on in everyone’s lives and having such a positive attitude about life.
While we watched the Ryder Cup on television and she made comments about the golfers, there was no negativity about her or her husband’s medical situation.  She was living in the moment and enjoying her time with the people around her.
I know that she is not always in such great spirits or health as she was during my visit but she takes advantage of when she feels good.  It can be difficult to see people when they are ill and it may be something we would rather not do but if we were ill wouldn’t we want people to come and socialize with us? Wouldn’t we want people to care about us?
The visit reminded me that even though I may feel awkward around someone who is ill, it shouldn’t stop me from trying to comfort someone else.  Life is about giving of yourself and lending a helping hand.
Share this post: