Last week a childhood friend of my father’s died.  They had known each other since they were in grade school and met each other while playing recess games on the black top when they were about seven or eight years old.  They both went on to attend the same high school, playing basketball, and later both went into the insurance business working for different companies. 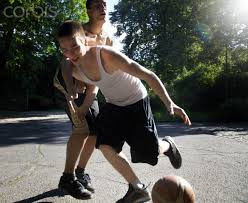 Over the years, they stayed in touch with each other as best they could.  They both worked very hard while trying to raise large Irish Catholic families.  My father and mother had six children and my Dad’s friend and his wife had eight children.  Our families didn’t really mix, not because we didn’t want to, but more because the ages of the children were different, we didn’t live close to their neighborhood and there basically was just too much stuff going on to try and coordinate anything.
When you have known someone for as long as my Dad and his friend knew each other it is hard to let go.  My Dad knew that his friend was not well but didn’t know how sick he was until he received the news of his friend’s death.  One way to keep the person connected to you is write a letter to the person now deceased.  I don’t think this is morbid.  In fact, I think it’s very healthy.
The person who died is someone who had an important place in your life.  The person is physically gone but the friendship is still there.  Sharing memories — whether it’s through writing a letter or talking to others about this person — is a healthy way to process your feelings of grief and to establish  to yourself that the friendship or perhaps love in other cases, is still there and will always be. 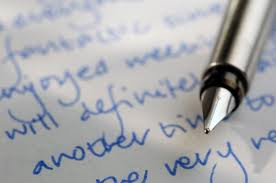 Now my Dad is writing a letter to his friend’s widow and their adult children about his special friendship with this man and it is bringing back a lot of great memories for him which he hopes will also be a comfort in the days and years ahead as they and my Dad work through their loss.
Don’t ever underestimate the importance of a note written from the heart.
After my husband died, I received cards from people who worked with my husband or were friends with him and some wrote notes to me about how they knew him and their experiences with him.  I saved those cards because those notes were like little pieces of a puzzle that was my husband.  Sometimes the stories caught me by surprise and other times I only knew the story from my husband’s point of view and the handwritten note reveal a different side of him to me.
Let me be honest, sometimes the stories weren’t always the best but either way, the notes were part of dealing honestly and openly with our feelings of grief and trying to find comfort in reaching out and sharing.
Share this post: