I spent the weekend with thousands of dreamers: young men and women who after four years of study and hard work at Fordham University graduated with a degree in their field of study.  Some have jobs and some do not but I would say that all are ready to set the world on fire with their enthusiasm in order to contribute to making the world a better place.
It was a perfectly planned and executed commencement ceremony and I was one proud mama watching my son give his speech as Salutatorian and later accept his diploma.  Singer Tony Bennett and actress Phylicia Rashad also received honorary degrees along with commencement speaker John Brennan, who is President Obama’s assistant for Homeland Security & Counterterrorism and Deputy National Security Advisor.  Brennan’s speech was truly inspiring but for me the main event was my son.  As the traditional graduation song, “Pomp and Circumstance” began to play and the students walked towards their seats in their caps and gowns, I had a momentary flashback of my son when he was a baby and then as a young child.  What an innocent time!

I am blessed to be here to see this wonderful event finally happen and I thank God for helping my son and me do the work and pay the tuition.  I also want to thank the family members who took time out of their busy schedules to attend the graduation events.  It meant so much to me and my son that you were there to see it all and celebrate with us!  My memory bank and heart are overflowing. 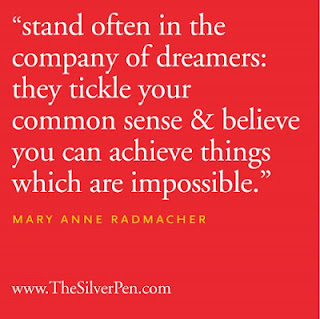 Danny Meyer: One of the Good Guys

Life Is Not a Cereal