I went to Trader Joe’s after work the other evening to pick up some up their fabulous pita chips and instead gained some insight into a different part of life in DC: being a homeless vendor.
Near the entrance of the store stood a man, who introduced himself to me as David.  He was selling newspapers called Street Sense which I have previously written about.   This vendor was middle-aged and friendly but not in an aggressive way.  He was just talking to people and smiling, letting them know that his newspaper was for sale and that he was a writer.
As I grabbed a cart for shopping, I started chatting with him about his writing.  I don’t usually talk for very long to people I don’t know, but there was something engaging about him.  No one knows for sure why another person is at a particular place in life so I thought I would listen a bit to his story.He told me that his name was David Denny and that he had written a poem that was published in the issue of Street Sense that I just bought.  As I opened the paper to find it, he began to recite it to me as though I was the only person on the block.  I know this sounds weird but it wasn’t.  Trust me.  I read the poem and listened to him as he called up all of the quiet emotion that went into the writing of his precious poem called “Love.” 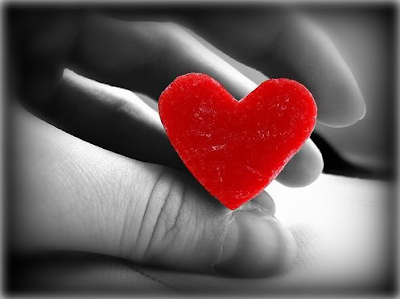 Until David started working for the newspaper, Street Sense, he had been caught up in the cycle of being homeless and taking drugs for about 10 years.  Getting a job at Street Sense helped him get clean and he has been drug free for a number of years.  Street Sense is published twice a month, David said, and his job with the paper saved his life, giving him a purpose and making him feel as though he belongs to something much bigger than himself.  He said he loved selling newspapers on the street and talking to people about everything from football to politics.Life is a two way street full of opportunities to give and to take.  Instead of just walking by and going about my business, I stopped and reached out to another person trying to make it in this world just like me.  My conversation with David took about 10 minutes but for me it was 10 minutes of briefly stopping my usual routine, getting out of myself and wondering what I would do with my life if I lost my job or I was addicted to drugs or I had to live on the street.  David showed me another side of resilience.Right now people are feeling frazzled in DC as the government goes into its 15th day of being shutdown.  Taking some time to show another person some respect or even some compassion is why we are here.  Here is David’s beautiful poem:
Love
By David Denny, Vendor
It dwarfs all of the galaxies
Shines brighter than stars above
Its breadth surpasses the oceans and rivals the flight of the dove
It’s the answer to all of my questions
The song angels sing
It’s the mission of every cherub
And the wafting grace of each wing
It’s a mixture of bliss and happiness
Added with joy from above
Stirred in with truth and affection
That makes up this  thing called love.
Share this post: