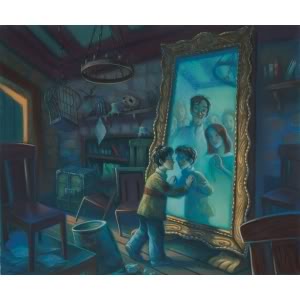 Hi readers!  Today we have a guest blogger, Ryan O’Toole, a rising senior at Fordham University, and in the interest of full disclosure, my son:

Isn’t it funny that there are words for people whose spouses die?  A woman whose husband dies is called a widow, while a man whose wife dies is called a widower.
Now the sheer existence of these words might not seem odd to you at face value, but doesn’t it strike you as a weird oversight of the English language that we do not have words for children who lose a parent?  I have thought a great deal about this question in the almost eight years since my father died.
My mother can call herself a widow, but I have often felt lost.  What am I then?  Am I simply father-less?  It’s hard enough to have a parent die when you are a child; it already isolates you instantly from others your age, and chances are it will for many more years of your life.  To not have a way to identify yourself leaves you suspended in a place that no one can define.  It was very rare for me to find others my age that I could talk to about losing a parent.  Granted I didn’t always want to talk to others about my grief-I often just wanted to pretend I was normal-but every once in a while I wished I had a support group like widows and widowers do.
Luckily, I found something similar to a support group from a place you wouldn’t expect-a book.  Harry Potter to be more specific.
Although Harry had lost both of his parents as a baby and I had only lost my father at the age of thirteen, I identified with a great deal of Harry’s feelings.  Throughout the beautiful and landmark series by J.K. Rowling, Harry speaks a great deal about the effect of his dead parents on him.  In the first book he looks into the Mirror of Erised, a magical looking glass that will show its viewer whatever he or she most desires, and sees his parents beaming back at him.  All he wanted was to see them, speak to them, perhaps just be in the same room as them.
There were many times when I just wanted to ask my dad a single question.  I think it can be hard for children to deal with the loss of a parent because it feels so finite.  I knew at the age of thirteen that I would not have a father to go to for advice or questions or simply to share my stories with.  It made sense to me, as it did to Harry, that your greatest desire would be just to see your parent again.
Of course I think anyone who has lost a loved one feels this way, but I think it is particularly resonant for children and lost parents because you only get two parents.  You cannot change who those people are, so to lose one can be a very painful reality to adjust to.
Harry often speaks throughout the series about wanting to walk in the footsteps of his parents.  He goes to Hogwarts, the same school his parents excelled at, so he wants to do an equally good job.  I know for me losing a parent was often a motivating factor for my success; I think many children want to do well in school, a sport, an extracurricular, or whatever it is they thrive in, because they want to make their parents proud.  That desire is only amplified when a parent dies.
One of the most comforting scenes of the series for me was in the seventh book when (SPOILER ALERT) Harry is walking into the Forbidden Forest ready to be killed by Voldemort so that Voldemort can die.  He is sacrificing his life so that his friends, and the forces of good in the magical world, can live.
As he walks towards death he conjures the ghosts of his parents and his dead godfather Sirius, the people he loved as parents in life.  He asks them if Voldemort and his evil followers will be able to see them.  Sirius replies (and I paraphrase) “We are invisible to anyone else.  Only you can see us.  We are inside you, in your heart always.”  This sentiment, which is completely true, is an immeasurable gift to a child who has lost a parent.
I knew, for example, that my father would never come back, but I knew that he was always in my heart and in my memories.  In that sense, I knew he was still with me.  For children, and for all people who grieve, that knowledge, however sappy it may sound, means the world. 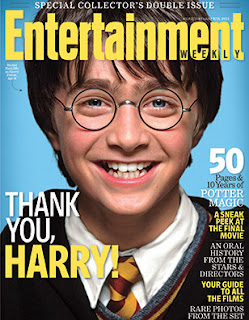 As the Harry Potter movies have come to a close this past weekend, and I consider my childhood officially over (as I’m sure many people born in the late eighties and early nineties feel), it is important to remember that like Harry Potter, there are thousands of children who deal with grief just as much as adults do.
Whether they follow the example of Harry or not, children need special attention from the adults around them to help them grieve in the way that works for them.  Until the English language invents a word for children who have lost a parent, I hope that adults everywhere will continue to work to make grieving children feel comfortable with their feelings and their new identities.
I hope too that all children know that just as Harry Potter was left with a lightning bolt scar on his forehead after his parents died, a dead parent’s love and care never leaves.  That love will always be left in your heart.
Share this post:

One Response to “Harry Potter & His Parents”