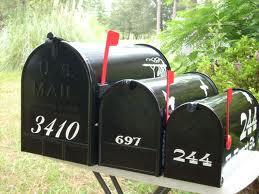 It is never too late to acknowledge someone’s loss.

Whether it is weeks or months after the loss has occurred, those who are closest to the deceased will always want to hear how that person made a difference in the lives of other people.  It may feel awkward, but it’s helpful to those mourning if you can relate a positive memory, a favorite expression or any helpful advice the person once gave to you.
There are times when you hear about someone’ s loss many months after it happened and you don’t know what to do.  Should I call?  Should I write a note?  Is it rude to send something so late?  Will sending a card or note late upset the family or friends more?  When in doubt, sit down and put your thoughts of shock or sadness in a note.  These days, I believe that a sympathetic email is appropriate because many times we have a person’s email address but not their mailing address and it is always better to write than not to write.
The following story from Legacy.com addresses many questions about belated notes and explains that a sincere and personal note can bring a measure of comfort no matter what the timing:

When A Sympathy Note Is Belated
By Robbie Miller Kaplan (posted on www.legacy.com)

That surprised me. Several years ago, an acquaintance died while I was on vacation. His warmth and kindness made an impression on me and I wanted to write his wife a sympathy note. Weeks turned into months and I finally wrote the note, almost one year after this death. I always wondered if my very belated note hurt rather than helped.

Not so a bereaved spouse told me. “There really is no such thing as a ‘belated’ sympathy note. That is to say that in my opinion it’s better to send it late – no matter how late – than never to send anything at all.” She mentioned that despite everyone’s best efforts to communicate the news of her husband’s death, there were quite a few people who did not learn of his death for many months, even a year or two later. Several years after his death, she received notes from people who had been out of touch. “I was incredibly moved that the senders thought so much of my spouse. They wanted to share how sad the news had made them, and that they were thinking of him and of me.”

Another bereaved spouse mentioned that he was comforted that his wife’s memory was cherished by so many people, even if it took them months, or even years to share their thoughts. He didn’t feel it was a problem at all that at least two notes, accompanied by stories and pictures, arrived more than a year later. When it was time for him to respond to the death of a friend’s child, he sent a traditional sympathy card at the time of death but it took him months to put into words what he wanted to say.

Adjusting to a friend or loved one’s death isn’t just for the immediate family. It’s not unusual for us to struggle with what we’d like to say so a belated condolence note doesn’t necessarily mean we don’t care or didn’t get to it. Death can be deeply upsetting and many of us need time to process it and then decide what we’d like our condolence message to convey.

The very act of sending a sympathy note means the deceased and bereaved are in the sender’s thoughts. And as one bereaved family member put it, “It’s never too late to do something kind.”

Robbie Miller Kaplan is an author who writes from a unique perspective as a mother who has lost two children. She has written How to Say It When You Don’t Know What to Say, a guide to help readers communicate effectively when those they care about experience loss, now available in three individual volumes: “Illness & Death,” “Suicide” and “Miscarriage.” Additional titles are available as e-books: “Death of a Child,” “Death of a Stillborn or Newborn Baby,” “Pet Loss,” “Caregiver Responsibilities,” “Divorce” and “Job Loss.” All titles are in Amazon’s Kindle Store.

Hold On For One More Day