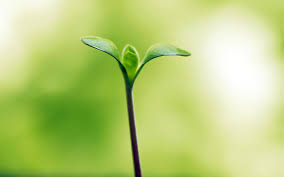 Street Sense is a small newspaper which is sold on the streets of Washington, DC by men and women who are working their way out of being homeless.  Some, but not all of the people selling the newspaper, have been to rehabilitation for drugs or alcohol.
These are people working hard to develop resilience in themselves, to bounce back from hard times, and put themselves out there once again to start once again to rebuild their lives.  To me, they are all about the spirit of hope.
The Street Sense vendors are always friendly and easy to talk to.  They easily share their stories and are always optimistic.  And some of them also write for the paper.
In the paper’s latest edition, the following short story inspired me about life and the nature of healing and I thought I would share it with you as we begin a new work week.  There’s some wisdom in this story below for all of us. 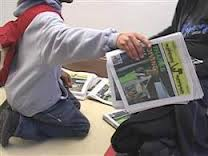 Live and Let Live
By Phillip Black
Street Sense Vendor
When we live and let live, we learn so much from each other.  I’ve learned that when it comes to hard times and tough situations, most people seem to handle the pressure.  And sometimes it makes our lives stronger.  Live and let live.
What I mean most about live and let live is that people live their lives, and most people don’t understand why other people do the things we do.  You have to consider other people, because what you do or what I do doesn’t make it right.  When we live, we must be the best we can be, so others will follow.
Two months ago, a good friend of mine’s mom passed away.  I couldn’t attend the funeral, but went to the repass.  What I saw was very surprising.  They were partying, dancing and laughing.  I asked him, “What are you doing?  Didn’t your mom pass away?”  He said, “Yes, but this is what she wanted.”  She didn’t want us to mourn her death.  She wanted us to celebrate it.  And that’s just what they did.  Wow, live and let live.
I also know two people who were neighbors for years, and they would never say hello or speak to each other.  One day, when she saw that someone was breaking inot the other’s house, she called the police.  The person was arrested, and everything was ok.  Now they’re the best of friends.  It took something bad to happen for them to become friends.  Live and let live.
Living and watching other people live helps us.  The same person we don’t speak to is the person that drives the school bus that takes our children to and from school.  Live and let live.
The same job my uncle wouldn’t take, someone else did.  And now he’s mad at that person for taking the job that he didn’t want.  It took awhile for my uncle to come around.  So I said to him, some people learn faster than others.  You have to live and learn at your own pace.  That way you won’t be upset when someone moves ahead of you.  Live and let live.
My sister gets upset with me because she said I don’t come around anymore.  And so I told her, you’re still selling drugs.  That’s why I don’t come around anymore.  My sister had a pretty rough time in her life.  She always surrounded herself with people who made bad choices.  But now, things are changing for her.  It’s not going to happen overnight.  But it’s a start.  Live and let live.
Understanding living is living.  And we have to live and let live.  And when we do this, our everyday lives will be so much better.  To all my friends on 11th and F streets, and my friends at Eastern Market, live and let live.
Share this post:

Talking on All Souls Day