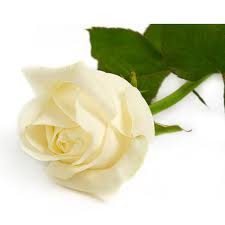 Murdering a child is an unspeakable act.
Yesterday’s horrific tragedy at Sandy Hook Elementary School in Newtown, CT., which involved the shooting of 27 people, including 20 young children, leaves us asking questions about our culture and praying for the parents and the community at large.
As a parent myself, I try to place myself in their situation, but I cannot begin to fathom the depth of pain and shock those parents are experiencing.  My heart goes out them and I wish we could take it all away.

We must talk openly about this incident, as hard as it is, for in the talking perhaps we can prevent this kind of tragedy from ever, ever happening again.

In an effort to promote a sense of comfort and healing, I am sharing an excerpt from an article by Barbara J. Paul, PH.D.,  on this very sad subject:

Special Issues for Parents Losing A Son or A Daughter
By Barbara J. Paul, Ph.D.

Whether your child was two or thirty-two, the death of a child is perhaps the most difficult of losses.  The grief following the loss of a son or a daughter is intense and prolonged.  Why is it different from other losses?

It differs from other deaths for several reasons.

1.  It is not in the natural order of things.  Parents do not expect to outlive their children.  We tend to believe that children (of any age) don’t die.
2.  The child is biologically and emotionally a part of the parent.  When a death occurs, the parents feel that part of themselves has died.
3.  Parents feel that the future is gone with the loss of a son or a daughte.
4.  The loss is shared by both parents but their reactions and resolution may differ.  Couples often depend on each other for support but overwhelmed by their own loss, it can feel impossible to support their partner.
Parents lose not only a part of themselves, but their role as a parent and nurturer.  They lose the future grandchildren or may lose contact with existing grandchildren.  These losses add to the grief.  Equally devastating may be the parents’ loss of faith or belief system.

Reaction to the loss of a son or a daughter

The reaction are similiar to those of other losses, affecting parents physically, emotionally, behaviorally, and often spiritually.  For many parents, the assumptions they had about the world and how it functioned do not fit with the reality of the death of their child.
While each person handles grief uniquely, parental bereavement may last many years.  Particularly in the early months, parents describe rheir emotional state as either feeling totally numb or  experiencing all emotions at the same time.  Trying to make sense of what happened and finding meaning in living become major tasks.  Guilt and anger are strong and normal emotions.
Grief is a process, often cyclical in nature, not unlike a roller coaster ride.  One is on the ride with no control over the course.  The peaks and valleys do lessen in intensity and frequency and eventually parents find ways to adapt to living without their son or daughter in their life.  When parents are able to create an internal representaion of the child that they can caryy with them, they are able to live more fully.

Is age a factor in parental bereavement?

Yes.  The younger the son or daughter is, the more parents are involved in the cring for that child.  Daily living and routine is affected and simple tasks can become overwhelmingly painful.  Parents feel the enormous emptiness of the home and every aspect of their life.
With an adolescent or young adult living at home, parents are still involved with many aspects of their child’s life and family routine.  These parents feel strongly about the death occuring just as the young person was beginning to live life.  Their children have begun to develop lives separate from home, and parents often look for contact and connection with the son or daughter’s friends.
With an adult son or daughter, the daily routine of theparents may not change, but they face other challenges.  Following the death of an unmarried child, parents have to deal with settling the child’s estate, their belongings, and residence.  This can be very complicated, depending on their knowledge of the child’s social and financial circumstances.
For the parents of a married son or daughter, it is often a schock for them to realize that they are not legally the next of kin.  All decision-making power is technically in the hands of the spouse.  When a good relationship exists between the in-laws, most issues can be worked out.  When the relationship is poor, it may be helpful to have a third party as a mediator.
Share this post:

Be Careful Out There