I have three sisters and two brothers who are younger than me.  Yes, I am the oldest of six children and we are very close in age.  Growing up and living with such a cast of loved ones has made, and continues to make for many great stories and many great memories.
I would say I talk to at least one of my sisters every day and sometimes I talk to all three of them during the coarse of one day.  That’s a lot of yakking, right?  Not really because we also email and text each other.
In our own unique ways, each one of us has learned that life can be fabulous yet fragile.  Our conversations reflect those learning experiences and as such have become a lot more open and honest.  We have learned the hard way that even though you know what button you can push to get a reaction from a fellow sister, that it’s not a good thing or even a kind thing to push it.  Pushing the button can sometimes instantly take away all the good feelings that we worked so hard to create and then you find yourself walking back a lot of what you said and doing that wastes a lot of time and a lot of energy. 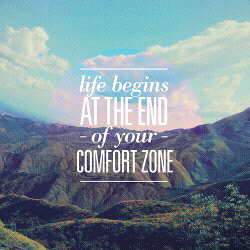 Your emotional buttons will always be there but I have found that even if the button is pushed you have a responsibility to yourself and the other person not to react the way you did when you were younger.  In other words, just because something is said, it doesn’t mean you have to take it personally or emotionally and go off the deep end.  Most of us find there is already enough drama in our daily contacts with strangers, we certainly don’t need an extra dose in our personal lives.  I think you can acknowledge that you know the button’s been pushed but then you can say something like, “Okay, I know that what you just said made you feel a hell of a lot better, but let’s talk about what’s really going on here.”
Life is just too short to carry around a lot of emotional baggage every day.
You have to figure out when to let go of a behavior and change course.  Think of how much mental energy it takes for you to think about what happened to you, what was said to you, who said it, and then stir it all up until it becomes some kind of foaming emotional cocktail that you carry around with you every day with a big cherry on top.
I’m tired just thinking about it.
Instead, I try to jump back from what happened, look at it, figure out what my foolish role was in it and learn something from it.  If an apology is needed, I apologize.  If the person is just venting, I ask if that is what is going on.  If I am annoyed, I go back to the person (not always right away) who got under my skin.  Like the other day, I caught myself.  I could feel that I just wanted to argue the old way of saying something sarcastic.  But I stopped myself, and put myself out there a bit and said, “I don’t want to argue.  I just want to find a solution.”
Take time to reflect on the negative things that happen to you because we can learn from them (ouch!) but don’t make those things that annoy or hurt you the centerpieces of your life.  You are so much better than that.  At some point, you have to let go of it and toss it away.
Otherwise, the negativity will feed on itself, leaving little room for the great and good things that life will definitely bring your way.
Share this post:

Being A Fruit Loop