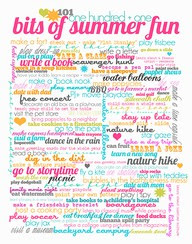 During the summer when I was a child, my mother used to let me and my siblings sit on the front steps of our house after the sun had set and it was almost night time.  We had taken our baths and we go outside in our pajamas.  It felt adventurous and at the same time silly!! What risk takers we were, right?
We loved it because we got to stay up late since there wasn’t school to attend and there also was an incredible feeling of freedom and naughtiness.  We would play games outside in the warm summer air and look up at the stars in the night sky and sometimes eat sliced bananas in a bowl with milk.
Spontaneous Summer.  Relaxing Summer.  Special Summer.  Healing Summer.
I think you get the idea by now that Summer is my favorite season.  This week, I have been noticing as we approach the end of August, that every day, in a small way, the sun is setting earlier.  A new school year has started, preseason football games are airing on national television and the beginning of September and Labor Day is almost upon us.
I don’t want the seasons to change. I think of Summer as my BFF and don’t want to say good-bye.  I want summer to go on and on and on. . .
What do you love about Summer?
Share this post:

What Am I About?

And the Winner Is…Amy Poehler