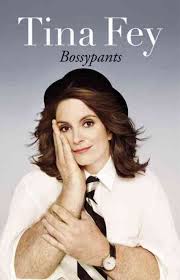 Woo! Woo! Readers!! I can see the weekend on the horizon!!

And for Friday’s sake, we need a good laugh!

Plain ole silly laughter just lightens our burdens and gives us a break from sadness and pain.  Even in the most difficult of times, laughter continually gives me the strength to keep going and hope for better days.

I do have a tendency to make jokes about most of the things that happen to me and I think it just helps make me feel that the day will go smoother if I can laugh.  We all are familiar with that old saying about laughter being the best medicine but there’s a world of truth in that cliché which is why people still use it!

Soooo, a guy in my office, who is the father to two young daughters, put a copy of this hilarious prayer on my office chair.  The prayer, “A Mother’s Prayer for Her Daughter,” is written by Tina Fey, the brilliant “30 Rock” and Saturday Night Live star, who wrote it for her five-year-old daughter, Alice, while she was pregnant with her second child.

Apparently, the prayer is in Fey’s memoir, Bossypants, but I am so behind on my books that I didn’t know that.  The prayer is for daughters but I don’t have a daughter.  I do have a son and I think most parts of this prayer can also be said for a baby boy.  Fervently.

So, without further adieu, here is Tina Fey’s take on how she hopes life will treat her daughter:

First, Lord: No tattoos. May neither Chinese symbol for truth nor Winnie-the-Pooh holding the FSU logo stain her tender haunches.

May she be Beautiful but not Damaged, for it’s the Damage that draws the creepy soccer coach’s eye, not the the Beauty.

When the Crystal Meth is offered,

May she remember the parents who cut her grapes in half

And stick with Beer.

Guide her, protect her

When crossing the street, stepping onto boats, swimming in the ocean, swimming in pools, walking near pools, standing on the nearby subway platform, crossing 86th Street, stepping off of boats, using mall restrooms, getting on and off escalators, driving on country roads while arguing, leaning on large windows, walking in parking lots, riding Ferris wheels, roller-coasters, log flumes, or anything called “Hell Drop,” “Tower of Torture,” or “The Death Spiral Rock N’ Zero G Roll featuring Aerosmith,” and standing on any kind of balcony ever, anywhere, at any age.

Lead her away from Acting but not all the way to Finance.

And not have to wear high heels.

What would that be, Lord? Architecture? Midwifery? Golf course design? I’m asking You because if I knew, I’d be doing it, Youdammit.

May she play the Drums to the fiery rhythm of her Own Heart with the sinewy strength of her Own Arms, so she need Not Lie With Drummers.

Grant her a Rough Patch from twelve to seventeen.

Let her draw horses and be interested in Barbies for much too long,

For Childhood is short — a Tiger Flower blooming

Magenta for one day –

And Adulthood is long and Dry-Humping in Cars will wait.

That she may be spared the misspelled invective of her peers

And when she one day turns on me and calls me a Bitch in front of Hollister,

Give me the strength, Lord, to yank her directly into a cab in front of her friends,

And should she choose to be a Mother one day, be my eyes, Lord,

That I may see her, lying on a blanket on the floor at 4:50 a.m., all-at-once exhausted, bored, and in love with the little creature whose poop is leaking up its back.

“My mother did this for me once,” she will realize as she cleans feces off her baby’s neck.

“My mother did this for me.” And the delayed gratitude will wash over her as it does each generation and she will make a Mental note to call me. And she will forget.

But I’ll know, because I peeped it with Your God eyes.

A Healing Circle of Life

The Slip Slide of Time