I can’t tell you why but for the first time in many years, I didn’t place a Christmas wreath on my husband’s marker at the cemetery.
I thought about it.  I was going to do it.  But then I never did get around to it.
I’m hoping that this doesn’t make me a bad person.I’m really hoping it just makes me a conflicted human being dealing with life the best way I know.Every Christmas since he died 10 years ago, I have made a personal ceremony out of placing a large Christmas wreath with a big red bow on his grave.  It was a healing ritual that made me feel good and I thought it also was a ritual that would let him know that I had not forgotten about him at Christmas. 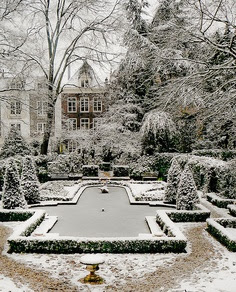 But this year it all felt very different.  I couldn’t bring myself to buy the wreath and take it to his grave.  I didn’t want to drive my car anywhere near the cemetery.
I don’t understand it but I think it has something to do with the trickery of grief.; how you think you are on solid footing and then you’re not.  I used to emotionally bounce all over the place in my new grief of the first few years and since then, I have been working hard to go forward with my life, stay positive and embrace happiness.
Yet my feelings shifted this Christmas.  Out of nowhere, a powerful surge of conflicting emotions washed over me.  I have to say that having this happen is truly a bummer because I don’t like being sucked back into those feelings again.
Honestly, I think one reason I couldn’t go near the cemetery is I just get tired of grieving and missing him and reminiscing and being the widow.  I find it hard now to think of my husband actually occupying the physical space that makes up his grave and to me it’s more likely that he, as a spiritual being, hangs out wherever he wants with whom ever he wants anytime that he wants.
Still, my inner voice says to me that it was almost as if I was annoyed that he wasn’t here this Christmas!!  You would think I would have felt this way the first Christmas after he died instead of the tenth Christmas!But grief isn’t linear and it certainly isn’t logical right?
Share this post:

3 Reasons For An Essential Break