My son won’t be joining me because he is out of town visiting his girlfriend.  Even if my son were here in town, I would still be emotionally torn on Father’s Day.My Dad is still alive and our family is lucky and blessed to have him. But my son’s father, who was also my husband, died nine years ago and the celebration of Father’s Day makes me feel guilty and conflicted. Guilty because my father is alive and his isn’t.  Conflicted because I want to make my son and my Dad happy about this day but I can’t.  I know, I know, life is never fair but I wish my son could have had more time with his father when his father was in better health.
The memories that hold true for my son of his father involves hospitals, doctor’s offices, medicine, and constant badgering from me to get his father to do the things he needed to do to stay healthy.  My son was too young at the time of his father’s good health to truly remember the Halloween outings, Christmases, beach vacations and other fun times we did have as a family.  There are lots of pictures to remind him, but that’s not the same. 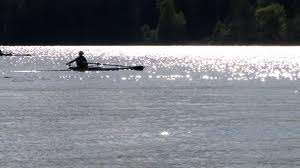 I can’t change that for my son but I still wish for it.I’ve asked him about his feelings when Father’s Day arrives and he just quietly says he doesn’t like to watch other people with their fathers. That’s probably the understatement of the century. He also says that he forgot that this weekend was Father’s Day. Right. When he does see fathers and sons together, I know his mind starts to wander and he thinks about how it might have been different for him if his Dad hadn’t gotten sick and died when he was 13-years old.
And that makes me feel bad even though I have no way to change the situation.
So full of guilt, I go visit my Dad and hang out with him for awhile and wish I could make things different for my wonderful son who deserves to have his healthy Dad with him today.
Share this post:

From A Child’s Heart