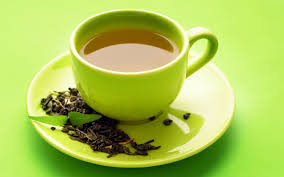 I write today in support of tea power; specifically the healing power of green tea.

I usually start the day with two cups of regular hot tea (Red Rose, Lipton, Tetley) and then sometimes will have another in the afternoon at work.  I’m not a coffee drinker and haven’t been since I stopped smoking decades ago.  I like the way coffee smells but it has to have a lot of hot milk in it and turn into a cappuccino before I will drink it.  Coffee ice cream is also very delicious but that’s another post.

Earlier in the week, I wrote about a book I have been reading, “Anti-Cancer: A New Way of Life,” by David Servan-Schreiber, MD, Ph.D., which has made me look at my diet differently and make small changes based on the medical and scientific information found in this book.  One important piece of information revealed in this book is that green tea contains antioxidants, which is great news, and if I drink two to three cups of green tea a day I will be boosting my immune system in a major and beneficial way.  Doctors have been saying for a long time that the single best way to stay healthy is to strengthen your immune system.  As I get older, I am trying to do what I can to stay as healthy as possible and a strong immune system aggressively fights diseases ranging from common colds to arthritis and cancer.

Enter the drinking of more green tea on a daily basis.  It’s a small change but I feel it contributes to the bigger picture of good health because good nutrition affects all areas of your life. Until I read this book, I had no idea that green tea contains a substance that the whole pharmaceutical industry today is researching in order to manufacture it: catechins.  (This part is going to get a little scientific but if I don’t include this information you might not be persuaded about the healthy effects of drinking green tea.)

Basically, catechins go through your body searching for free radicals that can damage DNA and contribute to cancer and atherosclerosis.  One of these catechins, epigallocatechin gallate, or EGCG, is “one of the most powerful nutritional molecules against the formation of new blood vessels by cancerous cells,” writes Servan-Schreiber.After two or three cups of green tea, ECGC is in your blood and spreading through your body by using your capillary vessels.  According to Servan-Schreiber, “ECEG settles on the surface of each cell and blocks the switches (the “receptors”) whose function is to set off the signal that allows the penetration of neighboring tissue by foreign cells, such as cancer cells”

Is that cool or what?I don’t expect that green tea is going to make up for the years of bad processed food that I used to eat without thinking of the health consequences but we all have to start from where we are and today’s goal is to get strong and stay healthy. 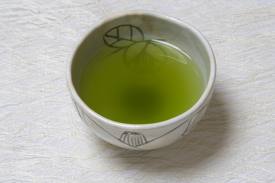