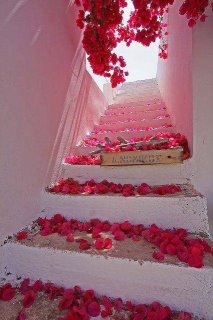 For me, I’m usually crying and then it somehow I’m laughing.  I’ve discovered there’s a thin line between the two and no one can tell you where and when one side is going to spill over into the other.  You don’t intend for this to happen but when it does, and it’s happened to most of us, the two emotions melt together and God only knows where you are.  Getting a grip is truly elusive but it’s also short lived.

The world can be one topsy turvy mess and when you’re crying/laughing it’s as if you inside a snow globe and somebody came along and gave it a couple of strong and unexpected shakes.  Everything feels free floating: memories, time and emotions.

But through our tears and smiles we have the resources to create meaning again in our lives.  Are we doing something wrong when we suffer a loss and find something funny?  Is it proper to joke about someone’s death?  Should we feel guilty as we begin to enjoy our friends and family again?

According to veteran comedian Joan Rivers, the answer is no.

Rivers husband, Edgar Rosenberg, committed suicide in 1987.  He was found dead in a Philadelphia hotel room where Rosenberg overdosed on Valium and alcohol.  Rosenberg’s suicide happened shortly after she had decided to leave Johnny Carson and The Tonight Show and become host of a rival late-night program on the Fox network.

Rivers has said in interviews that it was a troubling time for their daughter, Melissa, and herself.  She even had thoughts of suicide herself.  Rivers says there is much she doesn’t understand about her husband’s depression and his decision to end his life, however, she knew she couldn’t spend the rest of her life fixated on sorrow.

Rivers eventually turned her life around (I sometimes watch her sell her jewelry on QVC) and now she helps others cope with their losses by drawing on her own pain and talking about steps to take to help life improve.  In her book, “Overcoming Loss,” Dr. Rita Freedman recounts how Joan Rivers speaks to theaters full of grieving people and loosens them up by first asking everyone to participate in a spontaneous exercise.  Each person has to turn to the person next to them and they all have to say the same words out loud: “I’m so very glad that…”

Then she waits for everyone to finish talking.  After a short pause, Joan Rivers completes the sentence for them …”I’m not you!”  Everyone is always surprised by her choice of words but everyone always laughs!

Rivers is all too aware of the swings of emotions each person is feeling as she addresses them but doesn’t let that stop her from motivating them to take a step and try to move forward.  Rivers tells them they are each entitled a “weekend of wallowing.”  For two whole days each of them should list every terrible thing that has ever happened to them, and feel sorry for themselves.  But on Monday, Rivers says, they must start a new list of all the positive things in their life.

Rivers is a wise woman.  She knows that change is constant and life is full of joy and tragedy.

You really have no idea what the future will bring.  It all comes down to being hopeful because as sure as the sun rises every morning, slowly but surely you will feel stronger and more comfortable with your new life.

My wish for you is to have more smiling and laughing days than any other kind of days.

No Lifeguard On Duty