One of my brothers has a wacky way of making a joke exactly when it’s needed.
His timing and dry delivery are impeccable!  Just when the situation is starting to get either too serious or is totally out of hand, I can always depend on my brother to throw an exclamation point into the conversation. 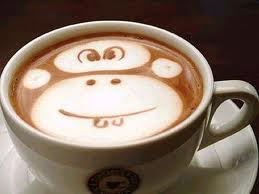 It’s not an easy thing to do.  There’s a fine line between funny and unfunny and once you cross over into unfunny, it’s hard to undo and recover your mojo.
I’ve delivered some whoppers that have crashed on delivery but I don’t try to cover it up by saying, “I’m only joking.”  Usually when someone says that to me I know they are not really joking.  They’re usually trying to tell me something by making it seem as if it’s a joke.  NOT!
If I fall flat on my face, I try to own it immediately.  It’s really the only way to go.
But the point is, making a joke gets me and maybe you through some rough times.
And humor also get writer Veronica Chambers through some life-changing moments with her husband.  As Chambers says, “I promise to laugh with my husband — in sickness, in health, and everything in between.”

Here’s a short piece Veronica Chambers wrote for the February 2013 issue of O Magazine that I think shows how humor diffuses those tense and  scary moments and puts life in perspective:

Five years ago, I had an awful, soul-sucking year: During the birth of my child, my body went into organ failure, to the point where the doctors told my husband, Jason, I had begun to die.
Then my daughter, who was born weighing less than two pounds, spent three months in the hospital fighting for her life.  Then, just 14 weeks after we brought her home, my youngest brother, who was 28, died in a car accident, a crash that ended with an explosion so total there was nothing left to bury.
After his funeral, I drove to the Himalayan Institute in Pennsylvania for a three-day Ayurvedic retreat meant to bring things back into balance.  Thanks to 72 hours of vegetarian meals, yoga classes and sessions with a holistic doctor, I returned home hopeful.
But less than two weeks later, a chaplain from my local hospital called to inform me that my husband had been the victim of a hit-and-run.  “Are you f–ing kidding me,” I shrieked.
At the hospital, when I saw his face, so bruised it was almost unrecognizable, I realized there was no right way to absorb this kind of pain.  My life had become a cruel joke.
And yet.  When Jason came home, he immediately began cracking wise.  And that set the tone for how we regarded his situation: with levity and something like grace.
Him: “My arm hurts.  Take your top off — it’s the only thing that will help.”
Me: “You got hit in a crosswalk at 7 A.M.?  Dude, I think God smited you.”
When a stranger asked how he broke his arm, he said: “Arm wrestling with my mother-in-law.  I won.”
We laughed every day, and despite all that we had endured, I was happy.  I won’t go so far as to say that his being run over was a gift.  I will say that the accident reminded me how remarkable humor can be.
My husband’s laughter is like medicine.  When times get tough, he finds the funny — and I just lean in for the joke.

Isn’t this an amazing way to look at life? 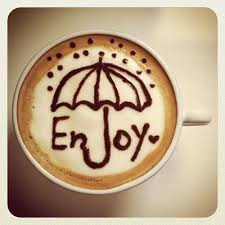 A Hotel Room of Her Own — Every Day for 10 Years