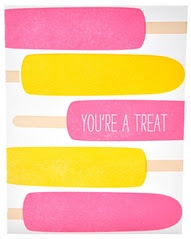 As many times as I have been to the FRESHFARM markets near the White House to treat myself to the real flavors (or the real flava as my friends like to joke) of the farm fresh produce, I have never tried a Pleasant Pop.  Usually I set a certain amount of money to spend on the beautiful seasonal fruits and veggies sold each week by the local farmers and when the money’s gone, so am I.

But today, it was 95 degrees and I didn’t go crazy on the tomatoes so I decided to join the line in front of the Pleasant Pop stand and check them out.  I know it’s only a pop but part of healing is nourishing yourself with fresh food and an ice pop is better than a cookie.  I know you agree!!

Right away, I knew these pops were not like the heavy sugary orange, cherry and grape popscicles that I grew up on.  Handwritten on the chalkboard in front of the traveling freezer were the following flavors: blueberry pancake, cucumber chile, basil lemonade and strawberry ginger lemonade.
I asked the guy selling the pops which pop was the lowest in calories and he said they all were under 100 calories and mostly in the neighborhood of 75 to 80 calories each.  I ordered a strawberry ginger lemonade which he said that was their most popular flavor.  He told me the flavors change depending on what fruits are in season and since peaches were beginning to ripen there may be a peach flavored pop next week.
It tasted delicious, fresh and light and not sugary at all; an adult popsicle.  The strawberry ginger lemonade definitely lived up to its name: it was pleasant and refreshing.
What is Pleasant Pops doing at the FRESHFARM market you may ask?  Just as fruits and vegetables picked in season taste best because they are fresh, so to do the Pleasant Pops.  According to the company’s website, Pleasant Pops was started in 2009 and the company partners and buy all of its fruits, herbs and milk from local DC area farmers.  The pops are original creations inspired by paletas, a traditional ice pop from the central Mexican state of Michoacan.
So if you travel to Washington, DC this summer and you need to cool off, catch the flava and check out a farmers market and Pleasant Pops for youself.
Share this post:

Don’t Wait — Put It In Writing