Today’s post is a shout out to all of the men out there who have lost their wives or partners and are working hard to juggle the never ending responsibilities of working a paying job while raising their precious children.
I think that women in this situation tend to receive more attention than men due to the sheer numbers of women who find themselves widowed with young children.  But men are also out there too doing their part and running around — as all parents do — trying to keep all the plates in the air.
I was reminded of this earlier in the week when I jumped into a taxi and had a casual conversation with the young driver.  It was one of those casual chats that starts out as nothing but then it became more.   We were talking about the cost of living in Washington, DC and the price of gas and then it evolved into stories about our children and life’s priorities. 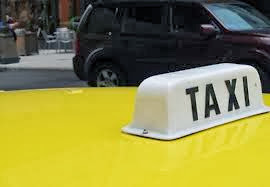 The taxi driver had two children, one who just started college and the other who was around 10 years old.  He tapped the dashboard to show me the picture of his younger child which he had taped by the driver’s wheel.  “This is the reason that I don’t work on weekends even though that’s the time I could make a lot more money,” Taxi Dad told me.  “My wife died in 2009 from cancer so I am doing it by myself, you know?  I don’t have time to go crazy and spend money and time on other things.  Do you know what I mean?”
Yup, I told him, I did know what he meant.
I have been a single parent for ten years and being a single parent, just like being a parent with a spouse or partner, is a lot of hard work.  It’s also incredibly rewarding and sometimes heartbreaking.  Many times I found myself in uncharted territory in ways I never imagined and sometimes I got through the day by just going with my gut instinct as I tried to be both Mom and Dad.  Whether it’s something that happens at school, a decision to be made about a friend’s party or sharing the car, I second guessed myself a lot.
Instead of saying, “I don’t know.  I’ll have to talk to your father about this,” I would try to buy some time on making a decision by just being honest and saying, “You have to give me some more time to think about this.”  Sometimes, I would call a friend and sometimes I would call one of my sisters but you definitely need someone you can talk to whose judgment you trust because you need parental feedback and I didn’t have anyone else to help me figure it out.
I think widowed Dads probably learn to set up their own support systems and find other guys or family and friends to help them navigate the surprises of trying to work a job and raise children by themselves.
Taxi Dad is just one of thousands of Dads out there who try to arrange their work schedules to support their children’s needs just as women do.
As my ride and our conversation ended, it felt good to share our stories about how we handled our losses and connect for a short time with another parent who had also lost a spouse.  Me and Taxi Dad are doing our best and that’s all we can ask of ourselves.
Here’s to the Dads who man up every day and make it work!
Share this post:

A Positive Attitude In Cancerland