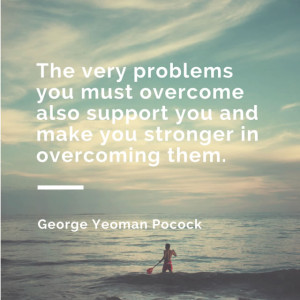 Having a holiday break is so great on many levels.

I’m not on a regular schedule, I’m surrounded by homemade holiday food and I have the time to read.  Over this past Thanksgiving break, I had the extra time to finally finish an amazing and beautifully written  book that I enjoyed so much I would like to recommend it to you: The Boys In The Boat.

Officially,  The Boys In The Boat is a true story about nine young working class American boys and their gritty quest to win the gold medal in rowing at the 1936 Berlin Olympics.  But unofficially, it’s about the personal toll these boys put themselves through as they continually dug down deep within themselves to find the inner strength and commitment to become a unified powerful rowing team in order to reach a once-in-a-lifetime athletic achievement.

The heart of this emotional story is a wonderful guy name Joe Rantz.  Abandoned by his father after his mother’s death and left to live by himself in crushing poverty, Joe Rantz pushes himself to get to college and then finally earns a seat on the rowing team at the University of Washington.

While at the University of Washington, Rantz finds the school boathouse to be his home away from home, initially helping and then confiding in George Yeoman Pocock, the leading designer and builder of racing shells who also became Rantz’ mentor.  Pocock, whose wise quote is pictured above, was a champion rower himself, and came to understand the inner struggles of Ranz while the two spent endless hours constructing Pocock’s infamous wooden racing shells..

While reading about the journeys of the other resilient member of the University of Washington rowing team, I also learned a lot about rowing itself and the art and skill it takes to make a skinny shell of a boat move as elegantly and efficiently as though one person was at the oars.  It’s about sweat, pain, trust.  From the first strokes of the oars cutting through the water, the thoughts of all of the boys must be on the boat, totally committed to becoming one set of muscles, moving completely as one unit.

For Joe Rantz, he has to go against his ingrained independent ways, the same ones that have, so far, helped him survive.  He doesn’t have the luxury of indulging in the anger he feels about the unfair and sometimes cruel things that have happened to him at such a young age.  Instead, Joe Rantz has to learn to abandon all his personal doubts and open himself up to friendship, to becoming vulnerable to his team mates.

As Joe explains to his girlfriend, Joyce, “It takes energy to get angry.  It eats you up inside.  I can’t waste my energy like that and expect to get ahead.  When they left (his family), it took everything I had in me just to survive.  Now I have to stay focused.  I’ve just got to take care of myself.”

Blending in with the emotional story of how nine American boys achieve their dream of Olympic gold is the backstory of Berlin, Adolf Hitler and the rise of the Nazi Party within Germany.  This book colorfully explains how the Nazis successfully created an alternate reality during the 1936 Olympics, presenting a Germany that looked hospitable and modern, while efficiently covering up, with the help of the German press, all anti-Semitic references and the harsh and inhumane treatment of the Jews.

The Boys In The Boat is an exciting read and one that I also found to be full of insight about the human spirit; about it’s ability to forgive, to heal and to persevere! 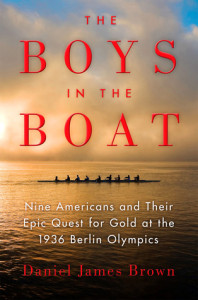 Danny Meyer: One of the Good Guys