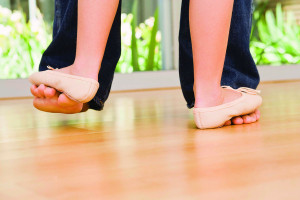 I took ballet lessons for almost ten years and I would have loved to have taken at least one class with my Dad.

I laugh to myself just thinking about what it would have been like if we had had the chance to dance together that way.  At 89 years old, my Dad still has a strong resilient spirit even though he recently began receiving hospice care.

I began to imagine my father and I trying to jete or plié together when I watched this ABC News video. yesterday that was posted by two friends on Facebook.

I couldn’t resist sharing it because this particular Daddy Daughter ballet class is magical and of course hysterical!

The idea that these middle-aged men, dressed in their loose T-shirts and shorts, would willingly go to class with their young daughters, properly attired in leotards and tights, and then seriously try, sometimes awkwardly, sometimes clumsily, to perform the same ballet turns and leaps as their sweet daughters is so heartwarming that I must have watched this video at least ten times.

Let me tell you, my Dad was no stranger to dancing so it is possible he could have done this with me.

When my five siblings and I were growing up, sometimes our Dad would dance around the house on Saturday mornings.  His dancing was definitely a more free-form kind of movement that might start in the living room and go into the kitchen and then go back to the living room again.

Our Dad is a total ham and he also loves big band music.  I have a particularly fond memory of him jumping around and jiving to Glenn Miller’s sassy song, Pennsylvania 6-5000  When I was a child I was thoroughly amused by this song for lots of reasons:  it’s a song about a telephone number, you can hear an old rotary phone ring in the song and because of the way the singers say ‘Pennsylvania six five oh oh oh’ at a certain part in the song.  It was always at this point in the song where our Dad would have his fingers cocked as if they were guns and then he would swing them up and down and pretend he was one of the singers.

Just as the daughters in this video will never forget taking a ballet class with their Dad, this memory of my Dad dancing in his own silly way is a great and healing memory for me that just keeps on giving.

Have a great weekend and I hope you do something that makes an everlasting memory for your family!!