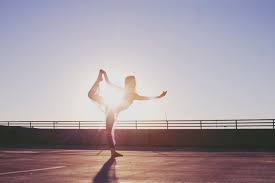 Each of us has a unique set of skills that are nestled within us.

Maybe you are fabulous listener.  Maybe you always have a positive outlook.  Perhaps you have a way of organizing your thoughts or possessions in a way that helps others.  Or it could be that you own the priceless gift for making people laugh.

We all have our strengths and today’s post is about those amazing people who have the skill set that enables them to read a situation and then put themselves out there to help other people feel relieved and renewed in the face of stress and everyday emotional baggage.  These people possess a unique and much needed skill; especially when it increasingly feels as though we are bombarded with unpleasant personal and political news that can contribute to making us feel uncomfortable and off-kilter.  Even if you are like myself and try hard to distance yourself from a good amount of it, it’s hard to completely escape from the negative noise.

What’s going to happen next? Will I be okay? Will the people I care about be okay?  What direction are we headed? What if I don’t want to go that way?

Life is truly a beautiful thing but it can snap and change and snap again even when you are trying to do all the right things.

When I start to think about the ins and outs of life waaayy too much, I sometimes go to my purse to retrieve a worn and dog-eared article that was written by the lovely and talented writer, Elizabeth Gilbert.

I read it and without fail, it always makes me feel better.  Gilbert’s story appeared in Oprah magazine last year and as I said, it always has a way of putting me back on solid ground.  Centered and breathing deeply once again.

In case you are not familiar with Gilbert, she wrote the fabulous, amazing and insightful book, Eat, Pray Love, which was also made into a movie.  No, I haven’t seen the movie Eat, Pray, Love, starring Julia Roberts, because I wanted to keep Eat, Pray, Love the book and its wonderful message in my head, just as Elizabeth Gilbert wrote it.

Gilbert’s short story that I always carry around is below and I hope that her words make you and your problems feel lighter and more willing to push forward through whatever darkness you are dealing with.

Some years ago, I was stuck on a crosstown bus in New York City during rush hour.  Traffic was barely moving.  The bus was filled with cold, tired people who were deeply irritated — with one another; with the rainy, sleety weather; with the world itself.  Two men barked at each other about a shove that might or might not have been intentional.  A pregnant woman got on, and nobody offered her a seat.  Rage was in the air; no mercy would be found here.

But as the bus approached Seventh Avenue, the driver got on the intercom.  “Folks,” he said, “I know you’ve had a rough day and you’re frustrated.  I can’t do anything about the weather or the traffic, but here’s what I can do.  As each one of you gets off the bus, I will reach out my hand to you.  As you walk by, drop your troubles into the palm of my hand, okay?  Don’t take your problems home to your families tonight — just leave ’em with me.  My route goes right by the Hudson River, and when I drive by there later, I’ll open the window and throw your troubles in the water.  Sound good?”

It was as if a spell had lifted.  Everyone burst out laughing.  Faces gleamed with surprised delight.  People who’d been pretending for the past hour not to notice each other’s existence were suddenly gazing at each other like, is this guy serious?

Oh, he was serious.

At the next stop — just as promised — the driver reached out his hand, palm up and waited.  One by one, all the exiting commuters placed their hand just above his and mimed the gesture of dropping something into his palm.  Some people laughed as they did this, some teared up — but everyone did it.  The driver repeated the same lovely ritual at the next stop, too.  And the next.  All the way to the river.

We live in a hard world, my friends.  Sometimes it’s extra difficult to be a human being.  Sometimes you have a bad day.  Sometimes you have a bad day that lasts for several years.  You struggle and fail.  You lose jobs, money, friends, faith and love.  You witness horrible events unfolding in the news, and you become fearful and withdrawn.  There are times when everything seems cloaked in darkness.  You long for the light but you don’t know where to find it.

That’s when this bus driver taught me — that anyone can be the light, at any moment.  This guy wasn’t some big power player.  He wasn’t a spiritual leader.  He wasn’t some media-savvy “influencer.”  He was a bus driver — one of society’s most invisible workers.  But he possessed real power, and he used it beautifully for our benefit.

When life feels especially grim, or when I feel particularly powerless in the face of the world’s troubles, I think of this man, and ask myself, What can I do, right now, to be the light?  Of course, I can’t personally end all wars, or solve global warming, or transform vexing people into entirely different creatures.  I definitely can’t control traffic.  But I do have some influence on everyone I brush up against, even if we never speak or learn each other’s name.  How we behave matters because within human society everything is contagious — sadness and anger, yes, but also patience and generosity.  Which means we all have more influence than we realize.

No matter who you are, or where you are, or how mundane or tough your situation may seem, I believe you can illuminate your world.  In fact, I believe this is the only way the world will ever be illuminated — one bright act of grace at a time, all the way to the river.

Elizabeth Gilbert is the author of, most recently, Big Magic: Creative Living Beyond Fear.

4 Responses to “Finding Your Light”