No matter what our age or place in life, we always remember the people who are kind.
For instance, during the homily of a friend’s funeral, I found myself sitting by myself because I had a arrived a little late and my friends were in another part of the church.  As I listened to the beautiful words of the priest’s eulogy, I put my head down as tears began to roll down my face.  I will never forget the simple gesture of the woman sitting next to me who gently put her hand on top of mine for a few minutes.
Simple acts of kindness remind us that we are all in this together and if we help each other out, it will go a little easier.  Plus, being kind makes you feel better about yourself.
There have been a lot of stories in the news recently about bullying.  Not just regular ole bullying that has been around since the beginning of time, but fierce, relentless, coldhearted bullying that continues to the point that the targeted person takes their own life.  I’m not going to go into all the factors that drive this new kind of bullying although I have my own theories.
Kind behavior is not a show of weakness. Kindness and manners can be thought of as the same thing.

Which is essentially, acting on the idea that life is not all of about you or me.  Kindness is thinking beyond yourself to how the other person feels.
You might not think being kind is important until you are on the other end of someone else’s mean behavior to you.  And then, very quickly, you have a light bulb moment and you then probably get it.
According to Letitia Baldrige, who was Jacqueline Kennedy’s chief of staff in the White House and America’s number one best-selling authority on manners, when a child asks “Why do I have to be kind?” the answer should be careful but immediate.
Baldrige says that like a winning pitch in a baseball game, The Golden Rule should be tossed out as an answer whenever possible.  “The Golden Rule?”, says the child.  “Why are you making such a big deal out of this?”
“Yes”, says the parent.  “Here is The Golden Rule: Think how you would have felt if you were in his/her place and a stranger helped you — just like that.  You’d be grateful!”
Baldrige advises to avoid nagging children about being kind or constantly using their good manners for that turns a positive into a negative.  “A child who is constantly told how bad or selfish he/she is will start to believe it and not care about the rewards of kind manners,” Baldrige writes in her book, Letitia Baldrige’s More Than Manners!
Instead, whenever an opportunity presents itself to point out or make an editorial observation about someone else’s kindness or good manners, you might say to the child, “Wasn’t that great of him/her to do that?”  Or maybe, as the parent, you can show your child what it is like to pay it forward.
Holding the door for another person, saying hello, saying good-bye, keeping your mean thoughts to yourself, saying please, turning off or putting away your cellphone when someone is talking to you, helping a disabled person across the street.
It’s a mad, mad, mad world out there sometimes and the little things, such as kindness and good manners, only take a few minutes to practice and they make life run so much smoother! 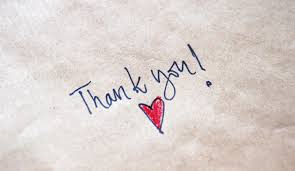 Happy Birthday to My Irish Twin

50th Anniversary of March on Washington