I felt very lucky and very blessed to be sitting in my worn and comfortable beach chair early yesterday morning, breathing in the soft air of Bethany Beach and watching the tide come in as the waves pounded the sand.
For me, sun, sand and ocean are the essential elements for getting rid of worrisome and stressful thoughts and filling my inner reserves with hope and gratitude.  It’s a winning combination every time I need it.  The beach has never let me down.  Ever. 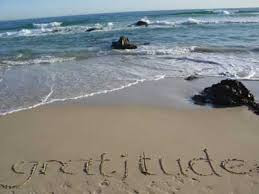 I was in Bethany Beach this past weekend to help a very good friend sell her beautiful handmade jewelry at an arts festival held annually on the town’s boardwalk.   Even though it was after Labor Day, the beach was packed and booming as though it were summer.
But early Sunday morning, only a few people were scattered about the beach.
We beach people are a different breed.  At a moment’s notice, I could go to the beach any time of the year and at any time of the day just to hear the cycle of the ocean’s tides and feel the sand between my toes.
I watched yesterday roll out as the young families came first to set up their area for the day, carrying chairs, umbrellas, beach toys and coolers.  A horseshoe crab had washed up on the beach, stranded on it back, and some of the parents and children went down to investigate how to push it back to the surf.  Next a few older couples came walking by, some holding hands, some just enjoying a quiet conversation.
Then a solitary man came to my part of the beach wearing an orange t-shirt and black shorts.  He looked to be in his twenties and was wearing large earphones over his ears and in each hand he held metal poles with circles on the end that he waved back and forth over the sand.  I’ve seen these metal detectors before but I never seen someone waving two at the same time and never in the morning.  Usually the metal detector people have only one detector each and walk the beach in the evenings hoping that during the day someone lost a ring or a lot of coins.
As I watched Solitary Man, with his head down looking at the sand in search for buried treasure, searching for something expensive lost by another person, I wanted to suggest that he take his headphones off and enjoy the beauty of what surrounded him.
I wanted to tell him that instead of looking down at the sand, waving his dueling metal detectors, he could turn around and look out at the glorious Atlantic Ocean and watch the morning sun dance on the rolling waves and listen as the cold salt water swished the sand around his feet.
I wanted to say that the time spent looking for stuff in the sand that he thinks is going to make him happy, could instead be spent absorbing the wonders of Mother Nature, the same wonders that draw people to the beach to rejuvenate and refresh their spirits and souls.  After all, it is a known scientific fact that the sound of ocean waves actually alters the wave patterns in the human brain, soothing us into a deeply calm and relaxed state.
Happiness is right here Solitary Man, right here at the beach.
And you don’t need a metal detector to find it.

Having A Thankful Heart